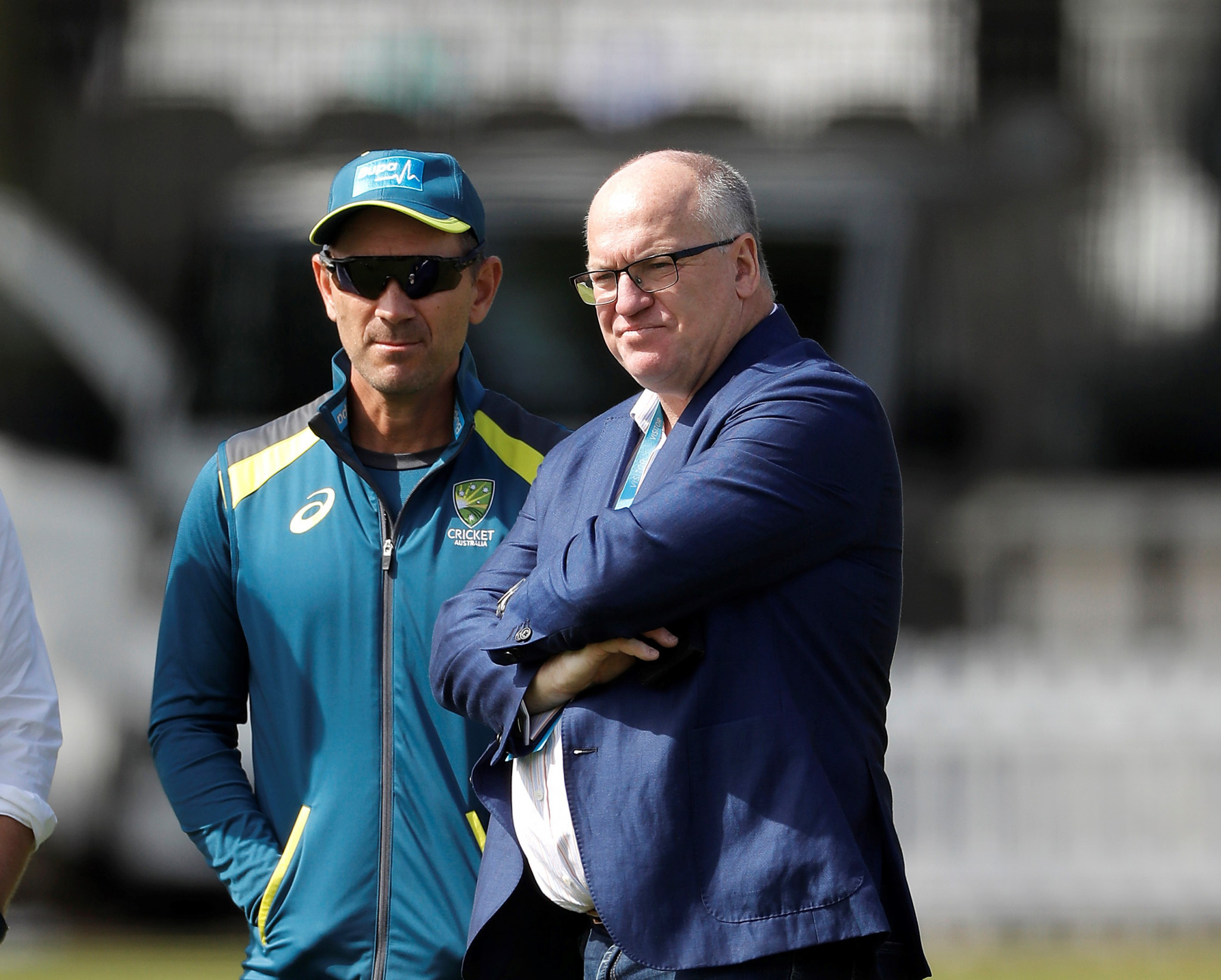 Cricket Australia chairman Earl Eddings has admitted it is "difficult" to see the International Cricket Council (ICC) T20 World Cup taking place in the country later this year due to the ongoing coronavirus crisis.

Eddings made the comment as Cricket Australia confirmed Nick Hockley will serve as the organisation’s interim chief executive, following the resignation of Kevin Roberts.

The tournament is currently scheduled to take place from October 18 to November 15.

A total of 16 teams are expected to participate in the event across seven venues.

A decision is due to be made next month over the fate of the event amid the pandemic, which has led to no international cricket being played since March.

"I sit on the ICC and we're having meetings as we speak," Eddings said, according to ESPNcricinfo.

"It's a bit of a moving feast at the moment.

"I'd say it's unlikely, while it hasn't been formally called off this year or postponed, trying to get 16 countries into Australia in the current world where most countries are still going through COVID-19 spiking, I think it's unrealistic or would be very, very difficult.

"We've put forward a number of different options to the ICC we're working through at the moment."

India is currently due to host the tournament in 2021, with the competition set to take place in back-to-back years.

The tournament was last held in 2016, with the West Indies emerging as winners.

Preparations for this year’s tournament are being overseen by Hockley, the current ICC T20 World Cup chief executive.

Hockley was today confirmed as Cricket Australia chief executive on an interim basis, after the organisation said it had accepted the resignation of Roberts.

Cricket Australia said it would conduct an international search for a new chief executive to lead the organisation as cricket prepares to bounce back from the coronavirus pandemic.

The organisation said its leadership change comes ahead of an operational reset to be detailed later in the week, with its executive and Board preparing an amended plan in response to COVID-19 aimed at reinvigorating the sport.

"Cricket, like all national sports, has been going through a period of significant change and in recent months we have had the added uncertainty delivered by COVID-19," Eddings said.

"The entire cricket community has been affected and difficult decisions have been - and will continue to be necessary - to ensure that cricket at every level is in the best shape it can be now and in the future.

"It is essential that Cricket Australia continues to provide strong leadership and works constructively with everyone who has an interest in the future of the game – the players, all employees, the state associations, commercial partners and supporters."

"Kevin has worked tirelessly since taking on the role in difficult circumstances in 2018, and particularly during the challenges of the past few months.

"He is a man of principle who has always put the best interests of cricket first.

"We wish him all the best for his future."

Eddings added that Hockley had earned the respect of the cricket community through his leadership of ICC T20 World Cup and would be able to hit the ground running.

Roberts commented: "It’s been a privilege to lead and serve the sport I love as chief executive of Cricket Australia.

"Our team of staff and players are outstanding people who contribute so much to the game and I’m proud of what we’ve achieved together.

"I’d like to thank the army of volunteers in communities across the country who are the lifeblood of our sport, enabling kids to experience the game and to dream about emulating their heroes in our national teams.

"As a lifelong and passionate member of the cricket community, I look forward to seeing the game thrive into the future."