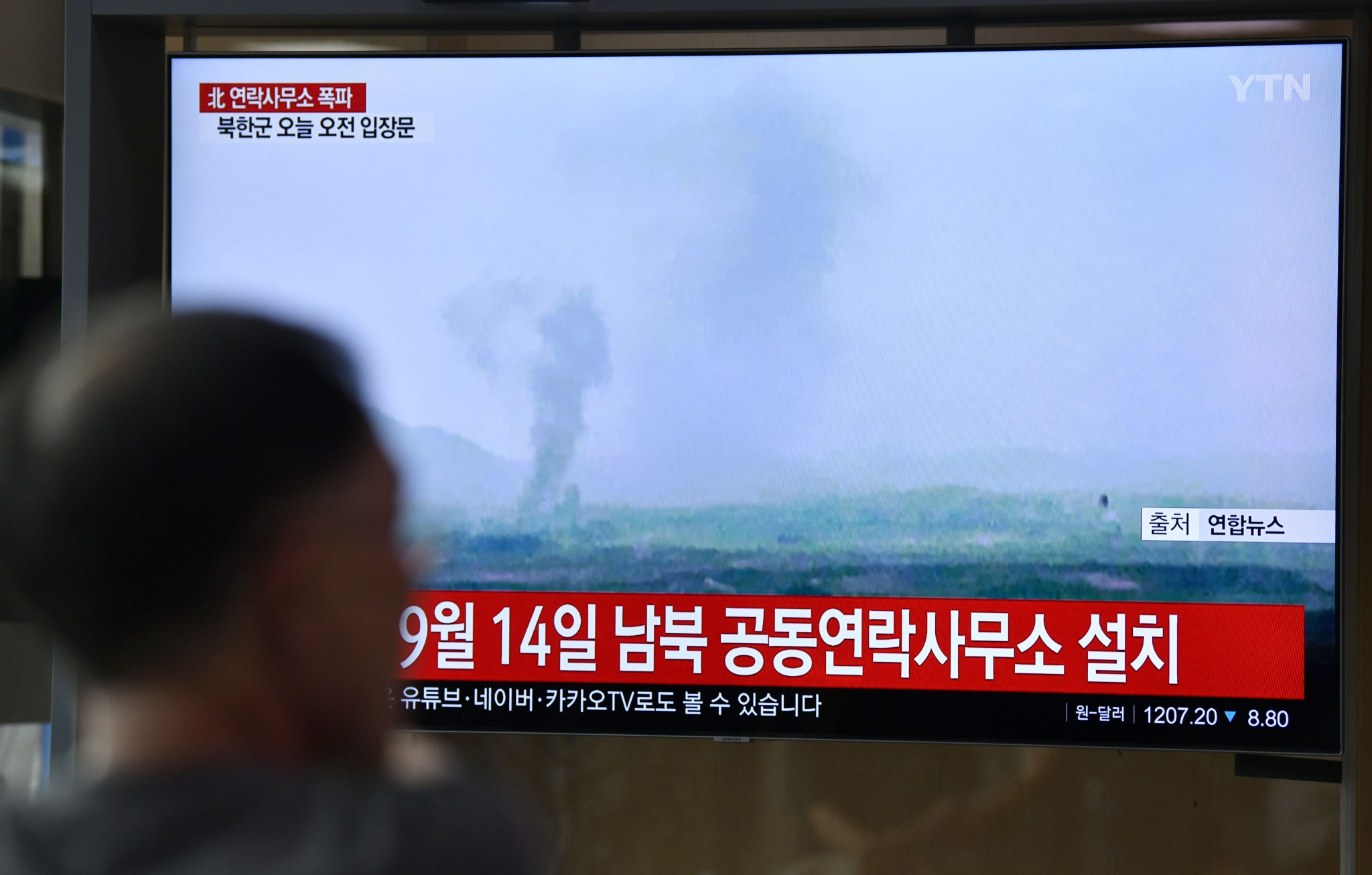 The prospect of a joint Seoul and Pyongyang bid for the 2032 Olympic Games appears to have taken another blow after North Korea blew up a joint liaison office with the South.

The liaison office, based near the North's border town of Kaesong, was opened in 2018 to help the two nations communicate.

The office came at a time of easing tensions between the two countries - who are still technically at war.

This included the march of a unified Korean team at the Pyeongchang 2018 Winter Olympics, as well as a joint women’s ice hockey team.

Relations have deteriorated in recent weeks, with the destruction of the liasion office today coming after North Korea threatened military action at the Korean border.

"The Government today expressed a strong regret for the North Korean unilateral bombing of the South-North Joint Office building opened by the 2018 Panmunjom Declaration," a South Korean Government statement read.

"The destruction of the inter-Korean joint office by the North is an act that has forsaken the expectations of all who wish to develop inter-Korean relations and settle peace on the Korean Peninsula.

"The Government made it clear that the responsibility for all the incidents arising from it lies entirely with the North.

"We strictly warn that if the North continues to take steps to exacerbate the situation, we will respond strongly."

The increased tension makes a potential joint candidature between North and South Korea for the 2032 Olympic Games seem an increasingly unlikely prospect.

South Korean President Moon Jae-in as recently as October urged the public to back Seoul's proposed joint bid with Pyongyang for the 2032 Olympics and Paralympics.

Moon’s call came after a meeting with International Olympic Committee (IOC) President Thomas Bach during the United Nations General Assembly in New York City in September, with Bach reportedly saying he would support the efforts to form a joint candidature.

The South Korean President had hoped the Olympics could again help the peace process between the two Koreas.

Australia is considered the frontrunner for the 2032 Olympic Games, with Queensland having held talks with the IOC, however that bid is "on hold" at present in light of the coronavirus crisis.

India and Indonesia are among the other contenders, while Turkish Olympic Committee vice-president Hasan Arat last week urged Istanbul to consider bidding again.

Hopes have floundered recently as the North's relationship with the United States has become more strained again.

As well as the joint 2032 Olympic proposal, South Korea said earlier this year that it was open to North Korea hosting events at the 2024 Winter Youth Olympic Games.

The Winter Youth Olympics were awarded to Gangwon in January.