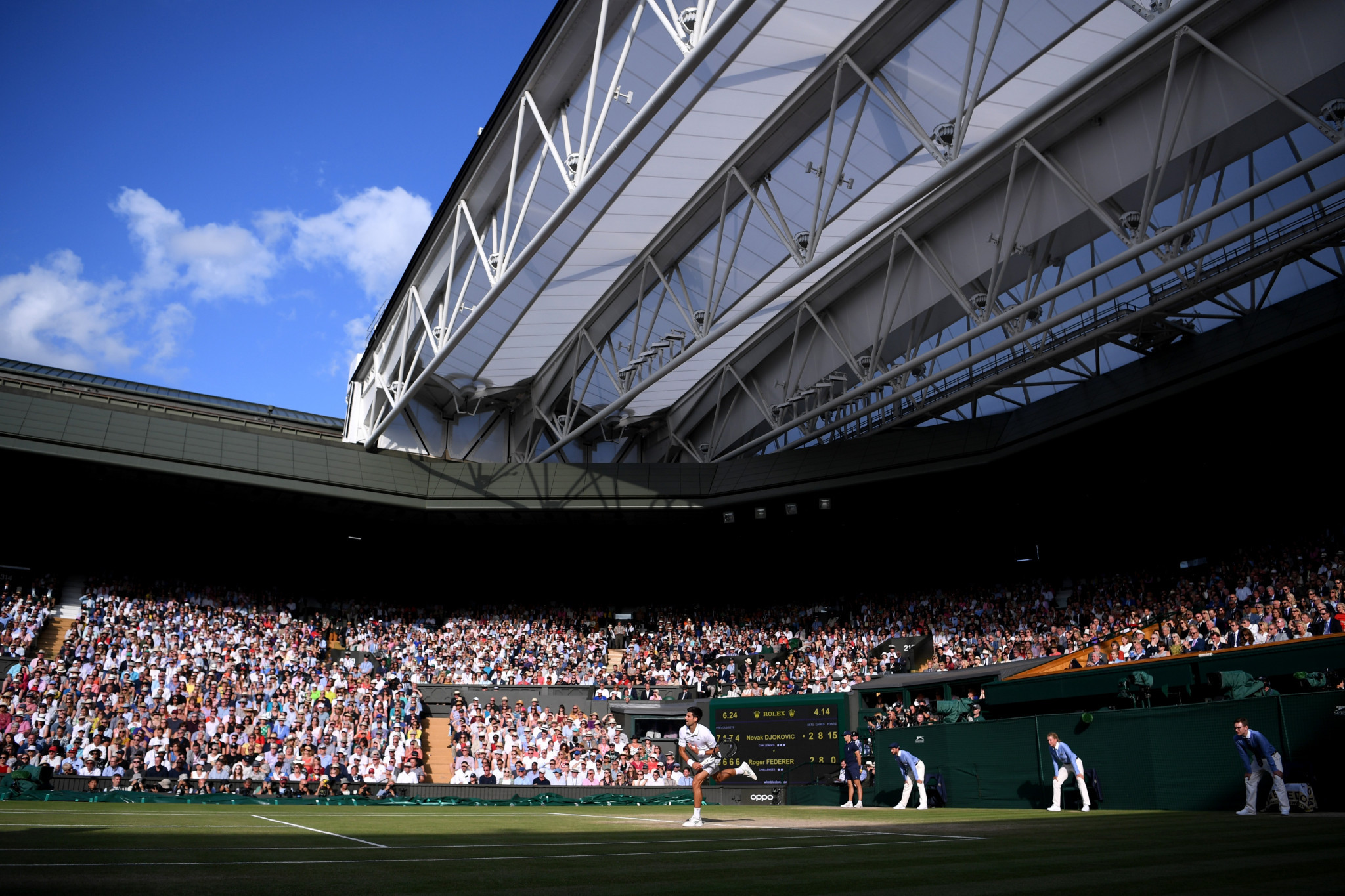 The All England Lawn Tennis Club (AELTC) has announced a new campaign showcasing Wimbledon's greatest matches after the 2020 edition was cancelled due to the COVID-19 pandemic.

Called "Wimbledon Recreated", it will celebrate the fortnight that the competition was set to run this year from June 28 to July 11.

The AELTC will now run the campaign around its centrepiece "The Greatest Championships", which will re-tell Wimbledon's greatest matches and will be available on television and social media.

Wimbledon Recreated launched with a sequence of recreations narrated by commentator Andrew Cotter and include Romania's Simona Halep's walk on to Centre Court, as well as action from Novak Djokovic and Serena Williams.

It also challenges viewers to recreate their own versions of their favourite moments over the fortnight.

Other parts of the campaign will include the interactive game Play The Championships, and a poster competition for local schoolchildren where they are tasked with making the 2020 poster.

Matches from The Greatest Championships will be available to watch in full from June 29 and will include statistics, photo galleries and features from the events as developed by technology company, IBM.

Join us as we relive the 2001 #Wimbledon Quarter-final between Roger Federer and Tim Henman ⬇️https://t.co/6LAqrSdQT6

Richard Lewis, AELTC chief executive said: "It is the passion of our fans for The Championships that has shaped our events over the years, and will continue to do so.

"We will all be feeling the absence of The Championships this year but we hope, through Wimbledon Recreated, to go some small way to filling the gap.

"It won't be as good as the real thing, but we hope it will be an opportunity for us to come together even though we are apart, to demonstrate that Wimbledon is for everyone, in any way you choose to celebrate it - playing tennis, eating strawberries, or just a really good picnic.

"I would like to thank all of our fans across the United Kingdom and around the world for your enthusiasm for Wimbledon, and we look forward to re-living and re-telling some of the Championships' greatest matches throughout the 2020 fortnight."

The BBC will run the UK's coverage of the events as part of its programming starting at the end of the month.

AELTC will also be working with the Lawn Tennis Association, the tennis governing body for Britain, to help with its new campaign of encouraging the public to get back on to tennis courts.

Tennis is now permitted in England and Scotland as part of the relaxation of restrictions enforced to stop the spread of the coronavirus.