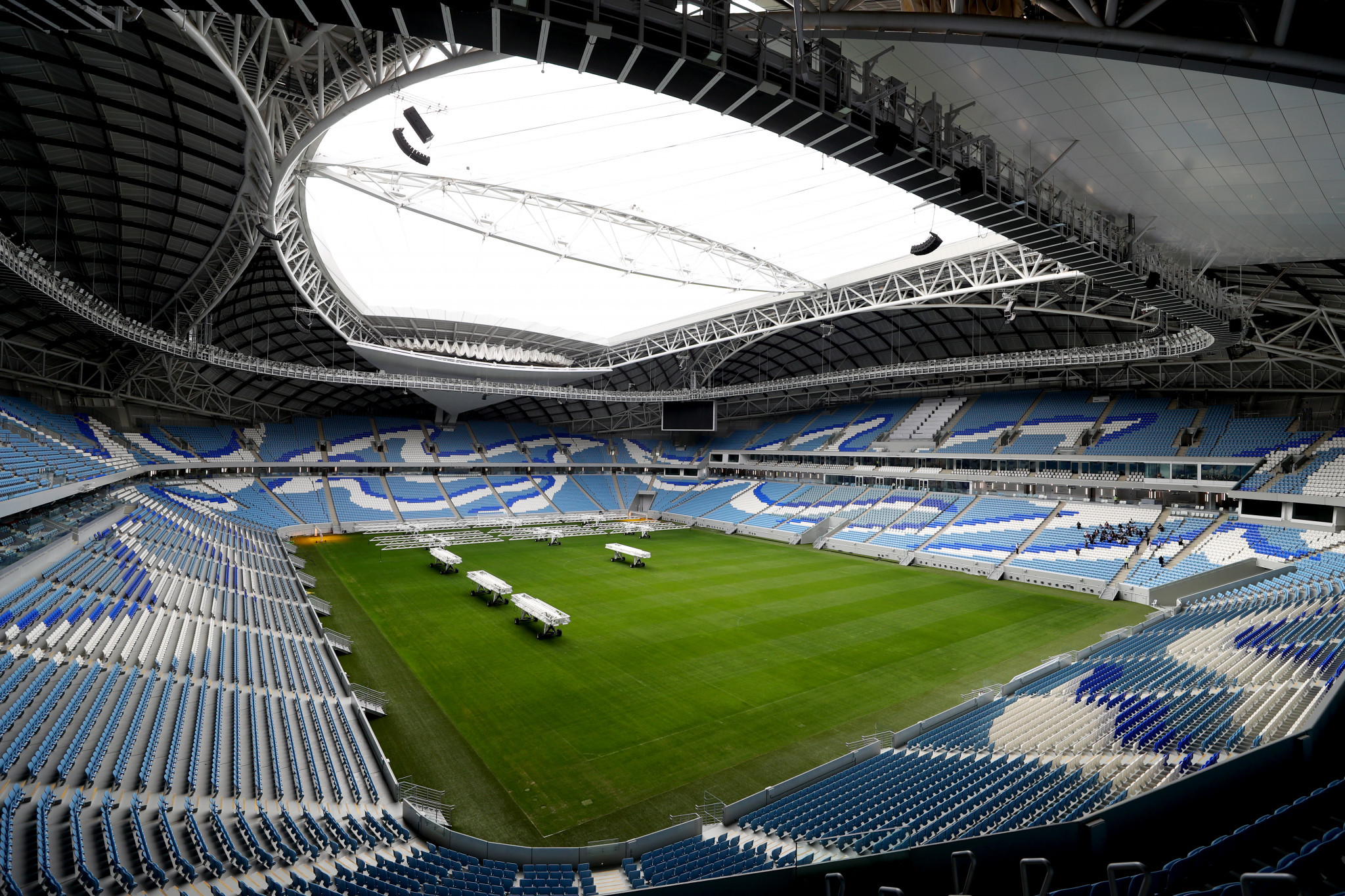 Migrant workers involved in projects to construct stadia ahead of the 2022 FIFA World Cup in Qatar worked for up to seven months without pay, an Amnesty International investigation has revealed.

The investigation found 100 employees of construction company Qatar Meta Coats (QMC), who have been working on the 60,000 capacity Al Bayt Stadium in Al Khor City are still waiting to be paid their full salaries.

Amnesty interviewed current and former employees of QMC and reviewed court records and contracts to establish the full extent of the non-payment.

The human rights organisation also documented how QMC failed to renew employees’ residence permits, putting them at risk of detention and deportation.

The majority of employees are now staying in accommodation in the Qatari capital Doha, where they are locked down because of the coronavirus pandemic.

After Amnesty highlighted the plight of QMC workers to Qatari authorities, FIFA, and Qatar’s World Cup organising body the Supreme Committee for Delivery and Legacy, some employees began to receive part of what they were owed, but at the time of the publication of the investigation none had received their unpaid wages in full.

Responding to the findings, FIFA said it contacted Qatar’s Supreme Committee once it became aware of the case following Amnesty’s investigation, and is now working to ensure that outstanding salaries are paid.

Amnesty said it remained unclear why FIFA had not been aware of the conditions experienced by workers at the Al Bayt Stadium until it raised the alarm.

The salary delays affected 100 migrant workers from countries including Ghana, Kenya, Nepal and the Philippines.

The delays in salary payments began in early 2019, with many QMC employees receiving no salaries between September 2019 and the end of March 2020.

Workers on prestigious Qatar 2020 stadium have been unpaid for months of work - read our investigation here: https://t.co/d0RYcDFHiW

In January 2020, after repeated unfulfilled promises over payment, some workers submitted complaints to Qatar’s labour tribunals.

During mediation sessions, QMC representatives agreed to settle some claims but failed to do so.

Other employees were told they would be paid only if they agreed to end their contracts early and go home.

Several employees said they were prevented from coming to work, apparently in retaliation for submitting a complaint or for refusing to end their contracts early.

By the end of February, QMC had removed all remaining employees from the Al Bayt Stadium and asked them to report to its factory, which manufactures and finishes materials including aluminium and steel.

The employees continued to work at the factory without pay until March 22, when it was forced to close as a result of the coronavirus pandemic.

Qatar’s Supreme Committee for Delivery and Legacy told Amnesty that it first learned of QMC’s payment problems in July 2019 during audit interviews with workers, and had since taken various measures to try to remedy the situation, including meeting the company’s management, blacklisting it from future contracts and informing the Ministry of Labour.

Despite Amnesty  recognising that the Supreme Committee had detected the issues "quickly" they said because payments were not secured in a timely manner, it indicated that standards were "still inadequate."

Following correspondence between Amnesty and the Supreme Committee for almost a year, the committee told Amnesty that workers would be paid imminently.

However on June 7, workers told Amnesty that although some had received part of their owed salaries, not all of them had received payment, and those who did, had not received the full amount.

Workers on prestigious Qatar 2020 stadium have been unpaid for months of work, as we found out in our new investigation. Is that the case @FIFAcom? https://t.co/MMZIoCEfCO

QMC said the payment delays were due to "financial difficulties" which it was trying to resolve.

Amnesty also highlighted that the workers residence permits had expired because QMC had repeatedly failed to renew them.

This left the workers exposed to a situation where they were working illegally, and risked accumulating fines before potentially being detained or deported.

"This case is the latest damning illustration of how easy it still is to exploit workers in Qatar, even when they are building one of the crown jewels of the World Cup," said Steve Cockburn, Amnesty International’s Head of Economic and Social Justice.

"Although recent payments will provide some welcome relief for workers, Qatar’s World Cup organisers told us they had known about the salary delays since July 2019.

"This raises the question of why Qatar allowed workers to continue working for months without pay.

"For years we have been urging Qatar to reform the system, but clearly change has not come fast enough.

"It shouldn’t take an Amnesty investigation for workers to be paid what they are owed.

"If, over the past ten years, FIFA had held its World Cup partners to account, and used its clout to push Qatar to fully reform its systems, we wouldn’t be hearing the same tales of workers’ suffering with only two-and-a-half years until the tournament."