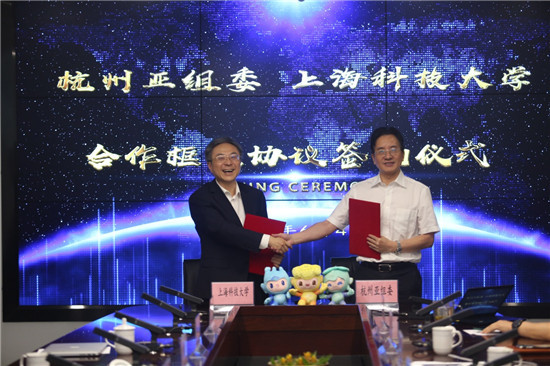 The Organising Committee of the Hangzhou 2022 Asian Games has signed a partnership deal with the Shanghai University of Science and Technology.

The deal will see Games organisers gain access to the university's bank of smart technology, which will be used across the event and at the Opening and Closing Ceremonies.

Cultural activities and the Asian Para Games, which are also scheduled to take place in the Chinese city, will also be part of the arrangement.

Before the deal was signed, a meeting between both parties was held to discuss holding "intelligent" Asian Games.

Chen Weiqiang, the deputy secretary general of the Organising Committee and the vice-mayor of Hangzhou, said that a "smart" event was the expectation of the media, public and Government.

Hangzhou is scheduled to host the 19th edition of the Asian Games between September 10 and 25 in 2022.

China has previously held the Games on two occasions, in 1990 and 2010 in Beijing and Guangzhou.

A dedicated television channel for Hangzhou 2022 has recently been launched, while organisers have pledged to start the volunteer recruitment process in the summer of next year.