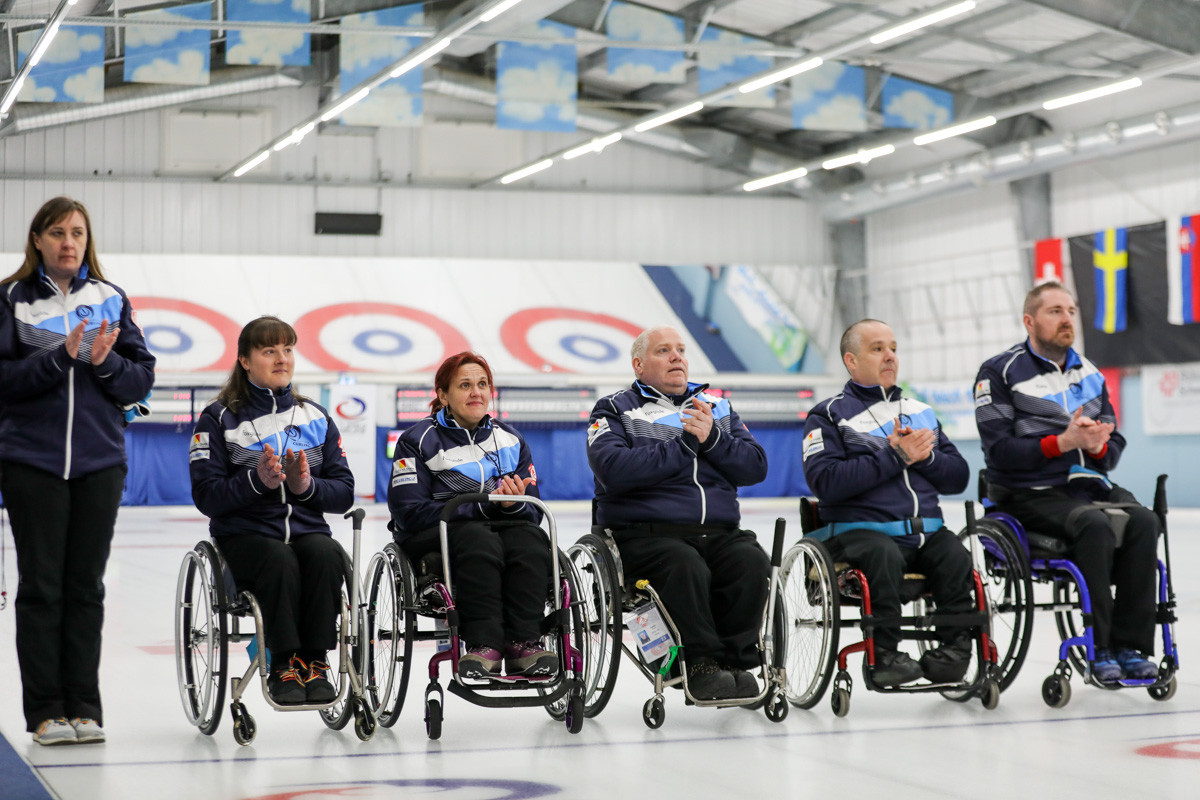 British Curling has announced its wheelchair curling squad for the 2020-2021 season, with Paralympic bronze medallist Gregor Ewan returning to the fold.

Eight players will be part of the squad for the winter season, with the five from the Scotland team at teh World Wheelchair Curling Championship in Wetzikon in Switzerland retaining their places.

David Melrose, who was originally part of team in Switzerland before being withdrawn, will keep his place on the squad, as will Gary Logan.

Nibloe welcomed the return of Ewan to the set-up, saying: "There is no one as proud as Gregor to pull on the Scotland or GB shirt.

"He has a wealth of World Championship and Paralympics experience that all of the squad will be able to lean on and learn from.

"There will be a greater depth this season and everyone in the squad will have to work hard and train hard to earn their place in the team and I am excited by that."

With 2019 world silver medallists Melrose and Logan not competing in Wetzikon, it gave less experienced members of the team like Smith and McKenna an opportunity to show their worth.

They will now face familiar competition from Ewan, a bronze medallist at Sochi 2014 along with McPherson.

Ewan said: "I didn't make it to Vancouver, but I made it my mission to make sure I made it to the next Paralympics.

"Getting my first shirt for Scotland and then ParalympicsGB with my name on them were huge moments in the game for me and I could not have been prouder to wear that on my back - for me it makes my heart pump."

Three new members will also train alongside the squad as part of a change to the British Curling structure, with those athletes Stephen McGarry, Stewart Pimblett and Norma Woods.

"It's allowed us to expand our talent pool by enabling new athletes to train alongside other members of the squad as we are constantly looking at ways of expanding our talent identification process and providing more opportunities," Swan said.

"Despite what has been an extremely challenging end to the wheelchair curling schedule and a premature one for the sport as a whole, all of the selected athletes have continued to work hard.

"It's good when hard work is rewarded, especially as we head into the business end of the Paralympic cycle.

"The expanded squad provides us with a great opportunity in our preparations for our World Championships in Beijing next year, the same venue which will host the next Paralympic Games in 2022."