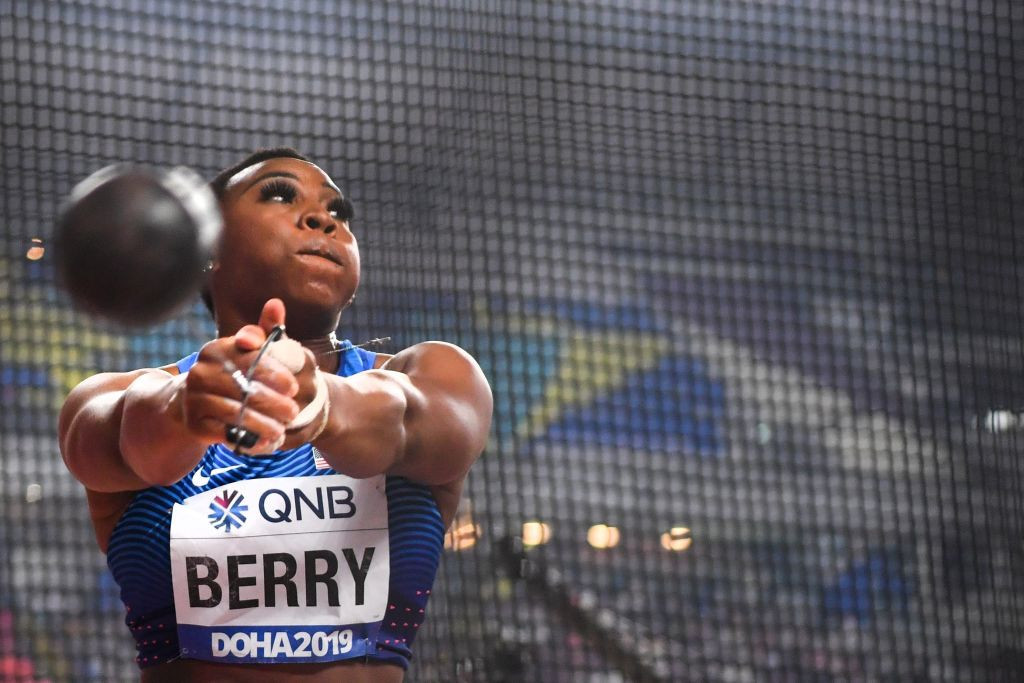 American hammer thrower Gwen Berry has demanded a public apology from the United States Olympic and Paralympic Committee (USOPC) in light of the organisation's response to nationwide protests following the death of George Floyd.

In a letter to athletes addressing widespread demonstrations across the country, USOPC chief executive Sarah Hirshland said the USOPC "stands with those who demand equality and we want to work in pursuit of that goal".

Hirshland said the USOPC "absolutely condemn the systemic inequality that disproportionately impacts black Americans in the US" and that she felt a "sense of despair" at the situation after Floyd, an unarmed black man, was killed by a white police officer in Minneapolis.

While Hirshland had praised Berry, who raised a clenched fist in protest at racial inequality in the US after winning gold in the women's hammer at Lima 2019, and Race Imboden for their admirable decisions to be an "active citizen" when demonstrating at the Pan American Games, the USOPC placed both on 12-month probation.

The USOPC also warned that others who make similar stands will be given harsher sanctions.

Berry, who said the decision from the USOPC has cost her $50,000 (£39,800/€44,600) in sponsorship earnings, first called for a written apology from the USOPC before later calling for the organisation to publicly apologise to her.

"I want an apology letter...mailed...just like you and the IOC (International Olympic Committee) MAILED ME WHEN YOU PUT ME ON PROBATION," Berry, who represented the US at Rio 2016, said in response to Hirshland tweeting her letter to athletes.

"Stop playing with me."

I want a Public One now... I lied https://t.co/CDLSpdxYm8

Berry's reply was met with considerable support on Twitter, with some suggesting the letter from Hirshland demonstrated hypocrisy from the USOPC.

In an interview with Sports Illustrated, Berry said she had been subjected to death threats after her podium protest at Lima 2019 and warned incidents such as the death of Floyd would continue unless there were fundamental changes to the US system.

"The system has been corrupt for a very long time," she said.

"I know that in my lifetime, there probably won't be too much change.

"The police act like this because of the system.

"The President acts like this because of the system.

"I feel like that's the thing people need to realise.

"Until everyone gets on one accord, we're going to keep seeing these things happen.

"We have to burn down the system."

There has been more than a week of protests across the US and beyond since Floyd's death, for which now-fired white police officer, Derek Chauvin, has been charged with third-degree murder.

Floyd's death has led to a renewed focus on the Black Lives Matter movement, which campaigns against violence and systemic racism towards black people.