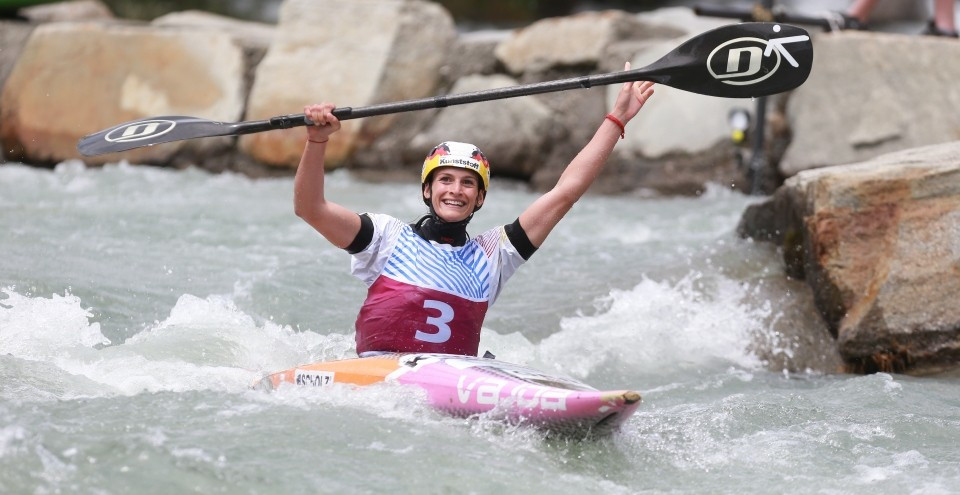 German canoe slalom paddler Ricarda Funk says she believes that the long-term effects of coronavirus should be a "concern for all athletes."

Funk, who has already qualified for the rearranged Tokyo 2020 Olympic Games, said that although athletes are used to protecting themselves and staying healthy, the coronavirus has presented new challenges in this regard.

Speaking as part of the International Canoe Federation's series of podcasts "How Sport Stars Cope in COVID-19 lockdown", Funk described coronavirus as "scary."

"Of course it is a little bit scary, because it’s new, and we don’t know yet the impact on athletes," Funk said.

"If you get it, maybe there is a remaining impact, I don’t know.

"So yes, I am a little bit scared, but I just try to stick to the rules, and I think if you keep this in mind we should be safe.

"We never really know, you could be infected and you don’t know."

Funk was one of the first canoe slalom athletes to confirm her ticket to Tokyo 2020, which was a great relief for the 28-year-old after she narrowly missed out on selection for Rio 2016.

Funk, who has won five World Championship medals including one gold as well as two overall World Cup titles in the K1 class, was on her way to Australia to prepare for the Olympics as the coronavirus pandemic began to take hold around the world.

The decision to postpone Tokyo 2020 by 12 months was taken as Funk returned home from Australia.

"I was expecting it somehow, it was the right decision and I’m fine with this because the health of the public is much more important than the Olympic Games," Funk said.

"But on the other side, I was really sad about it because it will be my first Olympic Games, so it was hard to accept it.

"But we all have to get through this, and I think we will find a good way.

"It’s crazy, because in 2016 my selections were awful.

"I was in good form, but I just couldn’t bring it down.

"I trained really really hard since 2016, after failing, I had this goal in my head and I wanted to go there, and then I finally made it, and now for the first time in history this has happened."

Funk was joined on the podcast by Kaitlyn Verfuerth, who has represented the United States in tennis at three Paralympic Games, and is now attempting to qualify for the Tokyo 2020 Paralympics in the sport of paracanoe.

Verfuerth, who has been locked down in Arizona for several months, said she had experienced a rollercoaster of emotions during the pandemic.

"It’s very confusing, some days you feel really good, and some days you ask yourself why do you even want to get out of bed," Verfuerth said.

"I keep trying to find things to motivate me, and staying fit is one of them.

"Back in March I was in a lull when everyone was still debating if some of our activities and competitions were still going to happen.

"I felt really in this limbo, do I continue to train, am I supposed to train because I’m not supposed to be around anybody, what’s the point of training if I’m not going to compete?

The 34-year-old, who has a spinal cord injury which she sustained after being involved in a car accident at the age of seven, said like Funk, she was also nervous about the longer term affects of coronavirus.

"This thing doesn’t seem to discriminate, so I am a little bit hesitant," Verfuerth said.

"I’m nervous about travelling, about getting on a plane with a bunch of people.

"I have a spinal cord injury, so being in a chair, there could be some secondary complex issues that could come up, so of course that makes me nervous.

"But I’m still trying to find somewhere in the middle where I can still live my life and not let this thing control me."