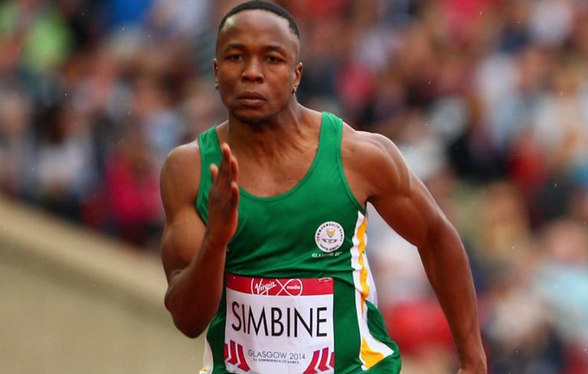 The champion over 100 metres at both the 2018 Commonwealth Games and African Championships, he came fifth in the 100m final at the Rio 2016 Olympics.

The South African also finished fifth in the 100m final at the 2017 World Athletics Championships and could only improve by one place in 2019.

Simbine clocked a season-best time of 9.93 seconds but was sill 0.03sec off the podium places.

In an interview with Athletics South Africa, Simbine underlined his desire for Olympic glory and said he was putting Tokyo 2020 "before everything else".

"I just want to race hard and race fast, and when I get to the circuit I will be a totally different beast."

Despite being in great form so far this season, clocking a world-leading of 9.91 in March, Simbine said that the postponement of Tokyo 2020 will not affect him.

The Games will now take place in 2021 due to the COVID-19 pandemic.

Simbine said: "You're always racing against other guys, but I feel like it's going to be me against myself.

"It's about the belief I have in myself and what I can do because what I believe I can do is literally crazy, but it's something I am determined to achieve.

"I just need to come to the party and put in the work.

"I'm making the sacrifices I need to make and putting Tokyo first before everything else, because my journey to Tokyo is that important to me and my life."