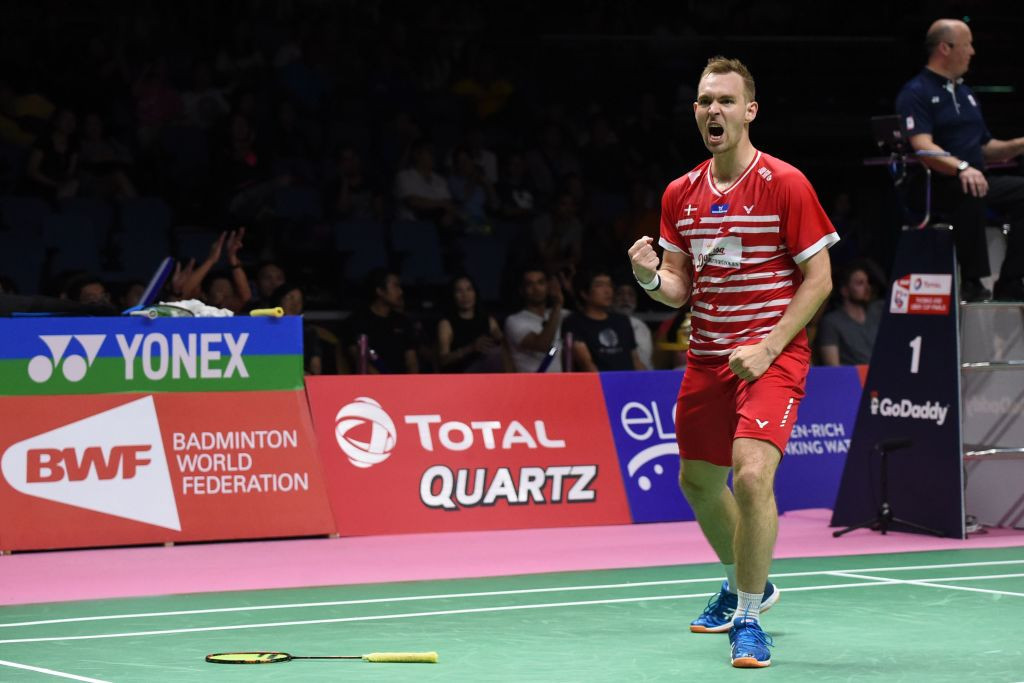 Danish doubles specialist Mads Conrad-Petersen has announced his retirement after the Badminton World Federation Thomas Cup finals were postponed until October because of the coronavirus pandemic.

The 32-year-old, a multiple European team champion who was part of the Danish squad which won the Thomas Cup in 2016, has chosen to pursue a career as an estate agent.

Conrad-Petersen had been expected to retire after this year's Thomas Cup in Aarhus, pushed back to October 3 to 11 in response to the COVID-19 crisis.

"As the Thomas Cup was moved, I have gotten a chance to begin working as a real estate agent in a fantastic team, which I think I fit perfectly into," the Dane said.

"It was a chance that was now or never, so I decided to take it.

"Now I hope, that I can be used for something else than playing badminton, and it will be exciting to get out into the real world."

Conrad-Petersen added: "Coronavirus has played its part in the way that I do not know how the situation will look in October after Thomas Cup.

"So, for me, it was about taking the chance, and now I am looking forward to beginning officially the first of June."

Badminton Denmark had hoped Conrad-Petersen would be available for the Thomas Cup.

"We are sad that Mads has chosen to stop already," Badminton Denmark's elite and sports chief Jens Meibom said.

"He would potentially have been an important part on our Thomas Cup team.

"But of course, to be an important part you have to be 100 per cent committed to badminton, and if Mads cannot see himself in it, it is better to stop now."