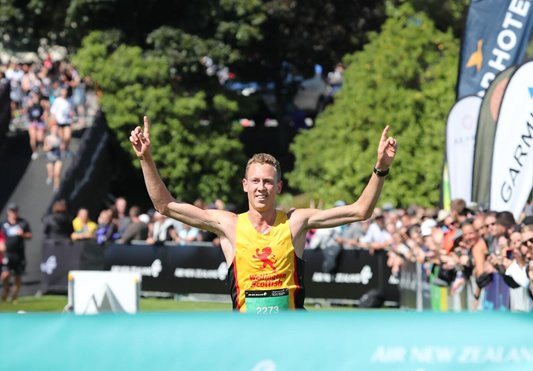 New Zealand marathon runner Daniel Jones has said he wants to extend his stay in Kenya during the lockdown period, to help with preparations for the Tokyo 2020 Olympics.

Originally set for a five-week stay in the East African country, Jones faced a dilemma when nations began to close borders due to the COVID-19 pandemic .

Instead of returning home the 29-year-old chose to stay in the revered town of Iten, a haven for distance runners around the world, and has now lived there for three months.

Speaking to Newshub, Jones said he definitely misses his life at home, but knows it will be worth the sacrifice.

"I miss my partner in New Zealand, but in the long term, I think it's going to be very beneficial for my running and if this helps me put on the New Zealand singlet, then it's all worth it," he said.

He will look to join Kiwis Zane Robertson and Malcolm Hicks, who both have the qualifying standard for Tokyo 2020 after running within the 2 hours 11min 30sec time-frame.

With Tokyo 2020 postponed to next year because of COVID-19, Jones has more time to reach the standard.

However, he will have to cut around five minutes off his personal best to make the team, having ran 2:16:15 in Gold Coast in Australia in July.

His decision to stay in Kenya could be beneficial, as he remained healthy on nutritious foods while New Zealand was under tight restrictions.

Robertson, who has benefited from training in Iten, spoke highly of Jones' potential.

"Dan is genetically gifted, he's very humble, but he also has belief in himself," he said.