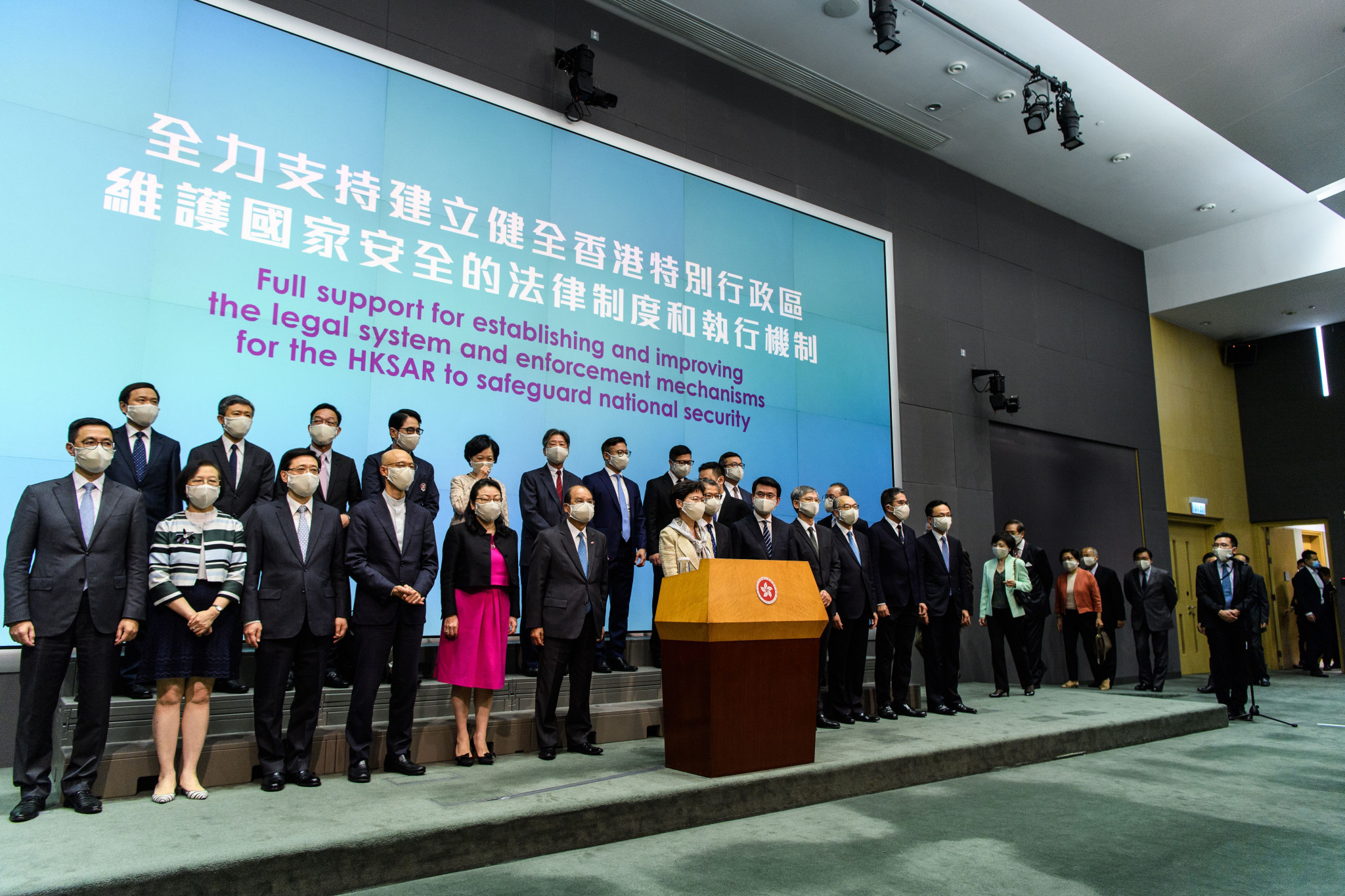 Mike Pompeo, US Secretary of State, said the move would be a "death knell" for autonomy in the former British colony that is a major regional financial centre.

He added: "Any decision impinging on Hong Kong’s autonomy and freedoms as guaranteed under the Sino-British Joint Declaration and the Basic Law would inevitably impact our assessment of One Country, Two Systems and the status of the territory."

Relations between the world’s most powerful country and its most populous, which is due to stage the next Winter Olympic and Paralympic Games in 2022, have been in freefall in recent months.

United States President Donald Trump has pinned blame on China for the global spread of coronavirus, now rampaging through the US, which has reported more than 1.6 million and more than 97,000 deaths.

These rising tensions between the West and China will be a source of growing concern for winter sports interests, which have high hopes that Beijing 2022 will be the catalyst for the creation of a vast new regional market.

Already, earlier this year, one US Senator – Rick Scott - introduced a bipartisan resolution calling on the International Olympic Committee (IOC) to "rebid the 2022 Winter Olympics to be hosted by a country that recognises and respects human rights", if China did not demonstrate "significant progress in securing fundamental human rights" by January 2021.

Scott reacted immediately to reports that China was now moving to tighten its grip on Hong Kong, by tweeting: "Communist China continues to deny the people of Hong Kong their freedom and human rights.

"China’s attempts to tighten their grip on Hong Kong will only strengthen the resolve of those protesting for the autonomy and basic human rights they were promised.

"We stand with them!”

Animosity towards China is rising at an awkward time for the IOC, which already faces deep uncertainty – and a large financial hit - over the recently postponed Tokyo 2020 Olympic Games.

"The reports are very good coming from Beijing both from the infrastructure side as well as on the operational side," Bach said.

The next Winter Olympics are scheduled to run from February 4 to 20 2022, beginning less than six months after the Tokyo 2020 Summer Olympics revised closing date of August 8 2021.

Bach has argued that this back-to-back timing, more akin to pre-1990s scheduling of both Winter and Summer Games in the same year, could be beneficial.

Beijing hosted the Summer Games less than twelve years ago in 2008, in an event treated by the country’s rulers as a sort of international coming-of-age party.