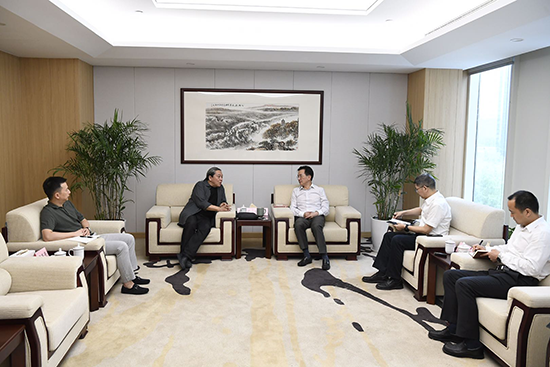 Officials have held discussions about the plans for the Hangzhou 2022 Asian Games ceremonies.

In the meeting, Chen said that the Opening and Closing Ceremonies of the Asian Games should be a "symbolic story".

Creative ideas pitched included a "Smart Asian Games" message, with Hangzhou positioning itself as a city that is advanced in technology and arts, demonstrating its "Digital City" moniker.

Other officials in attendance at the meeting included Mao Genhong, the deputy secretary general of the Hangzhou 2022 Organising Committee, and director of the office.

Those who work closely with Yang in directing the Ceremonies were also involved.

Hangzhou will host the 19th edition of the Asian Games, which has been running since 1951 when India's capital of New Delhi hosted the inaugural event.

China has previously held the Games on two occasions, in 1990 and 2010 in the cities of Beijing and Guangzhou.

Recently, a Selection Committee began plans to pick hotels to be official partners for the Games, which will accommodate athletes, officials and media.