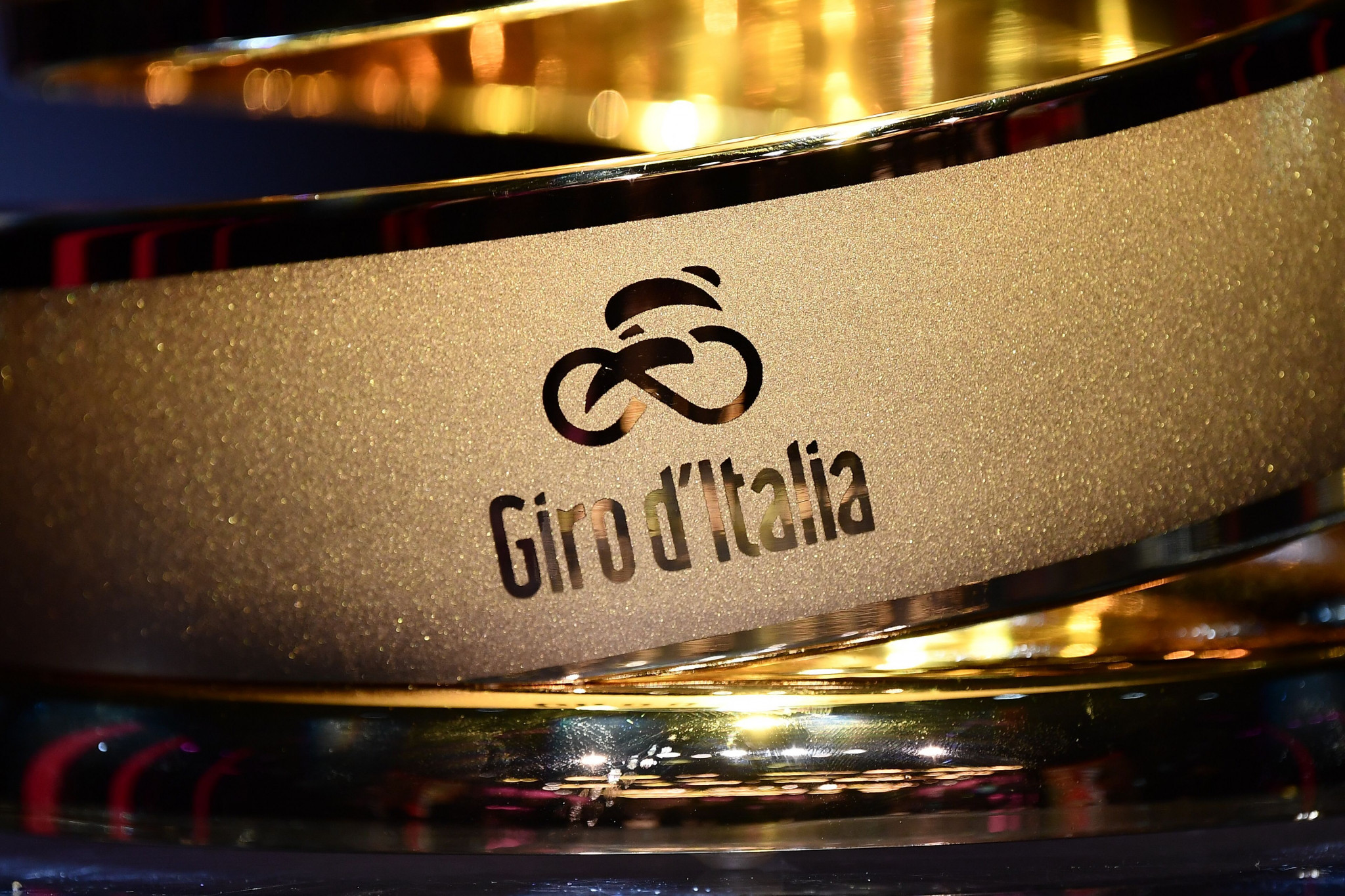 The Giro d’Italia and Vuelta a España will overlap as the dates for the Grand Tours were confirmed, with the International Cycling Union (UCI) announcing new calendars for the coronavirus-impacted men’s and women’s WorldTour seasons.

Eight stages races are also included, with the three Grand Tours all featuring.

A total of 18 events feature on the women’s WorldTour calendar, which will be comprised of 13 one-day races and five stage races.

The calendar includes the notable addition of a first women’s Paris-Roubaix.

Under the revised calendars, men’s WorldTour racing is scheduled to resume with Strade Bianche on August 1, with the Tour of Poland, Milan-San Remo, the Critérium du Dauphiné, Prudential RideLondon-Surrey Classic and the Bretagne Classic also scheduled to take place during the month.

The Tour de France remains scheduled for August 29 to September 20, despite lingering doubts over whether the marquee event can be held, with France banning public gatherings of more than 5,000 people until the end of August.

Tirreno-Adriatico, the Grands Prix Cyclistes du Quebec and Montreal, the BinckBank Tour and Flèche Wallonne are scheduled for September.

A packed October schedule will feature two Grand Tours and several one-day classics, with dates clashing for many races.

The Giro d’Italia, which was originally scheduled for May, will now be contested from October 3 to 25.

Riders will be unable to compete at several major one-day races.

Liège-Bastogne-Liège will take place on October 4, with the Amstel Gold Race and Gent-Wevelgem held on October 10 and 11 respectively.

The Tour of Flanders will be held on October 18, followed by Driedaagse Brugge-De Panne on October 21.

Paris-Roubaix will be contested on October 25, the same date the Giro d’Italia will conclude.

The final five days of the Giro d’Italia will overlap with the start of the Vuelta a España, which will run from October 20 to November 8.

The third Grand Tour of the season is the only one to have been reduced in length, with a drop from 21 to 18 stages.

This was due to the cancellation of the race start in The Netherlands.

Il Lombardia is the final race currently scheduled on the men’s WorldTour calendar, with the event due to take place on October 31.

The UCI said the schedule features almost all the UCI WorldTour events whose organisers did not request cancellation due to the health crisis.

The UCI acknowledged that due to constraints linked to the desire to maintain as many races as possible in a limited space of time, the new calendar obeys a logic which provides maximum opportunities for different types of riders.

The governing body said alternating stage races and one-day races in August is aimed at enabling the riders to gradually readapt to the rhythm of competition after three months of limited activity for some.

Dates for the EuroEyes Cyclassics Hamburg and Eschborn-Frankfurt races in Germany are yet to be determined, while National Championships are recommended to be held from August 20 to 23.

"We have drawn up a solid, attractive and varied new calendar that is as realistic and coherent as possible," said David Lappartient, UCI President.

"This has been achieved as early as was practicable and in line with information available today concerning the evolution of the pandemic.

"Riders, teams and organisers now have the dates they need to anticipate the resumption of racing on 1st August.

"This is a very important step that the entire cycling community, financially impacted by the pandemic, has been waiting for to move forward.

"I would like to acknowledge the spirit of solidarity and responsibility shown by all players - in this respect I thank Unipublic which accepted to reduce the length of the Vuelta Ciclista a España - and the courage that the families of professional cycling have demonstrated in these difficult times.

"We will continue to move forward together towards the resumption of the season, nevertheless with the reminder that the health of riders and all concerned parties is still the overriding priority, and that the recommencement of our activities will remain dependent on the evolution of the world health situation."

The Women’s WorldTour calendar is also scheduled to return with Strade Bianche on August 1, followed by the Vårgårda West Sweden time trial and road races.

La Course will run on August 29, coinciding with the opening day of the men’s Tour de France.

Flèche Wallonne, Liège-Bastogne-Liège, the Amstel Gold Race and Gent-Wevelgem will all run on the same dates as the men’s races.

Ronde van Vlaanderen is scheduled for October 18, with both the Tour of Guangxi in China and Driedaagse Brugge-De Panne in Belgium due to take place on October 20.

The three-stage Tour of Chongming Island is due to take place from October 23 to 25.

The calendar also includes the debut women’s Paris-Roubaix on October 25, before the season concludes with the Ceratizit Madrid Challenge by La Vuelta from November 6 to 8.

"We have established a 2020 UCI Women’s WorldTour calendar that is as coherent as possible, alternating one-day races and stage races, and maintaining the circuit’s major events, notably the Giro d’Italia Internazionale Femminile and the classics," Lappartient said.

"The new calendar will preserve the exceptional character of the 2020 season, marked by the professionalisation of women’s road cycling with the introduction of UCI Women’s WorldTeams and new major measures such as a minimum salary for cyclists in these teams, live television coverage of all events in the series and the integration of a women’s version of Paris-Roubaix, at the initiative of the UCI in collaboration with ASO.

"As with men’s racing, I would like to thank the representatives of women riders and teams, as well as organisers, for their constructive spirit in the discussions which enabled us to draw up, together, this revised calendar in the extremely difficult context of the coronavirus pandemic."

The UCI said the number of riders for Grand Tours will remain at eight, dropping to seven for other stage races.

Teams can choose to field six or seven riders at one-day races rather than the compulsory seven, although they would have to comply should an organiser request only six riders per team.

The maximum number of riders in the Women’s WorldTour events can be fixed at five, rather than the usual six or seven, which will enable organisers to invite more teams.

The UCI claims the increased flexibility will enable teams with multiple commitments to participate in a greater number of events.

Further measures include the UCI deciding not to request registration fees for events cancelled due to the crisis, while it will not seek the additional fee linked to changing the date of an event.

A steering group, led by UCI medical director Professor Xavier Bigard and including representatives of riders, teams and organisers, has been tasked with defining conduct to be adopted for the resumption of the season.

Social distancing and blocking gestures will be among the areas assessed.