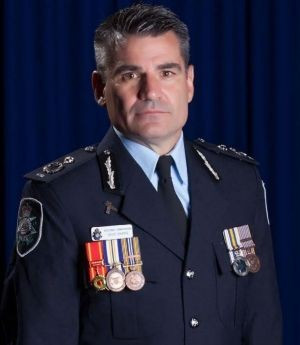 David Sharpe says he is "honoured" to be appointed as the chief executive of the new Sports Integrity Australia (SIA) unit which opens later this year.

The SIA, which is being established by the Australian Government following its Review of Australia’s Sports Integrity Arrangements, launches on July 1, and will bring together national sports organisations, athletes and agencies, with the aim of protecting the integrity of the country's sport.

SIA will combine the current functions of ASADA, the National Integrity of Sport Unit (NISU), and the nationally focused integrity functions of Sport Australia.

Sharpe said he was "honoured" to be appointed to the newly-created post by the country's Minister for Sport Richard Colbeck.

"I would like to thank the Government and Minister Colbeck for having faith in me to do the job," said Sharpe.

"Together, as a team, we are powerful.

"We can put a protective, ethical ring around sport to protect it from those seeking to corrupt or exploit the vulnerable for their own gain.

"This is an opportunity to share and learn from each other because, after all, we are all here to protect sport.

"In these unsettled times as sport collectively deals with the COVID-19 pandemic, now more than ever, sport requires certainty, fairness and leadership."

Among the areas of focus for the new unit when it opens will be tackling any threats posed by state sponsored doping, the infiltration of sport by organised crime or corruption within sport.

The setup of the unit has been made possible by cooperation from ASADA, NISU, Sport Australia and the Department of Health.

Sharpe added: "I would also like to put on the record the Government’s commitment to ensuring SIA has the resources to not only be operational but has the capabilities to collaborate with others to get the job done."