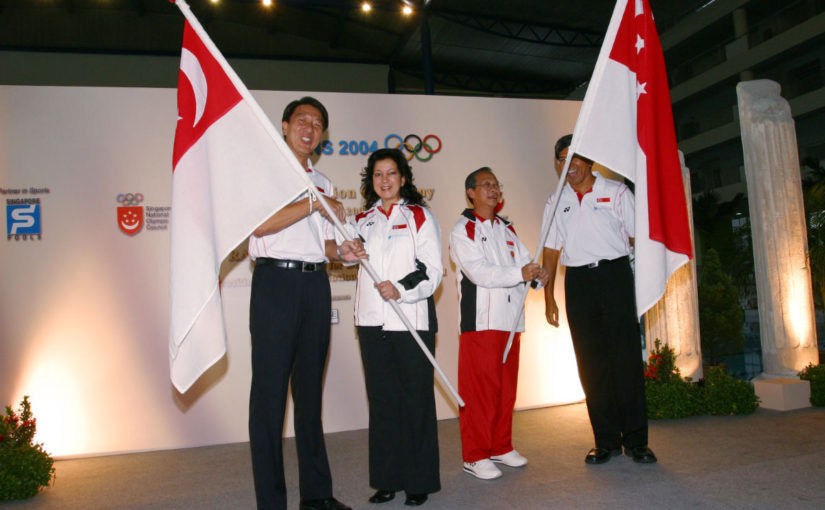 Singapore's first female Chef de Mission at an Olympic Games, Annabel Pennefather, has died at the age of 72 today.

Having served in the role at the 2002 Commonwealth Games in Manchester, Pennefather made history when she was Singapore's Chef de Mission at the Athens 2004 Olympics.

In an interview with the Singapore National Olympic Council (SNOC) in 2018, she recalled how it felt to lead the team.

Pennefather said: "When I walked into the stadium at the Opening Ceremony of the 2004 Athens Olympic Games to the deafening roar of the welcoming spectators, so many thoughts rushed through my mind that it just brought tears to my eyes.

"The Olympics were also in my family's sporting heritage as my late father had led Singapore's men's hockey team at the Melbourne Olympics in 1956.

"When I accompanied him to the airport for the team's send-off at the age of eight, I just wanted to be on that plane with them, and now I was at the Olympics."

Pennefather was a lawyer and sports administrator who regularly advocated for more inclusion of women in sport.

She was praised for her closeness with the athletes and shared a room with swimmers in Athens, despite being entitled to five-star accommodation.

Pennefather later became the first woman to lead the Singapore Hockey Federation in 2004, having previously joined the SNOC Executive Committee in 1999 and served as vice-president in 2002.

In 2005, Pennefather was awarded the Asian Women and Sport Trophy by the International Olympic Committee in recognition of her work in encouraging more women to take part in sports.

The #Olympic Movement lost a champion and a dear friend today - Annabel Pennefather (SNOC VP from 2002-2018). She was a tour de force on and off the #hockey pitch and a respected champion for #womeninsports. Rest in peace, Annabel. ❤️ https://t.co/DxDa21ILSe pic.twitter.com/xxmveTwvnn

"Her contribution was not limited to Singapore," Tan said.

Always a fierce supporter of women, Pennefather said in an interview with Her World Magazine that it was her duty to develop opportunities in sport for half of the world's population.

"Whatever gifts or talents we're blessed with, we've got to give something back," Pennefather said.

"I did what came along, what I was interested in, and what I could do and whatever I did, I gave everything I could to be the best I could."

Pennefather came from a sporting family.

Her grandfather, Lancelot, won four Malaya Cups with Singapore's football team between 1922 and 1926, while her grandmother Alice was a hockey, badminton and tennis champion.

Pennefather's mother also represented the national hockey team, as Pennefather did herself in the 1970s.