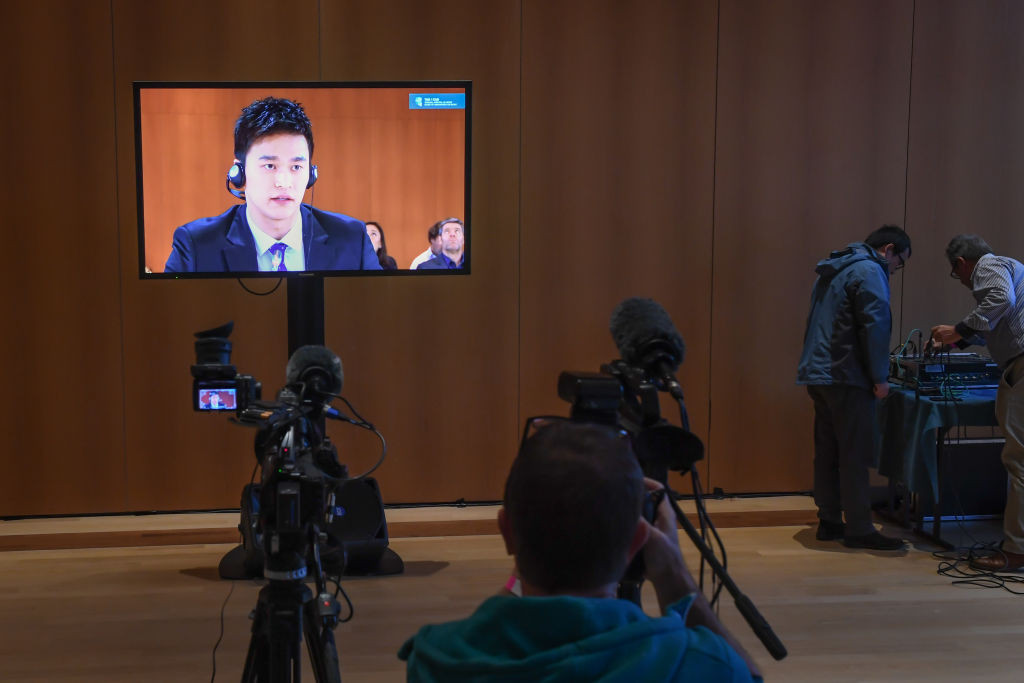 An American lawyer has issued a damning assessment of Sun Yang's performance during his public Court of Arbitration for Sport (CAS) hearing in the high-profile doping case in November.

Jeffrey Benz, who regularly works as a CAS arbitrator, called out the double Olympic champion's behaviour and questioned his decision to request the hearing be held in public in a televised debate shown on the video channel of The Beijing News.

Asked to give Sun, banned for eight years by the CAS after a member of his entourage smashed his blood vial in a row with drug testers, and his legal team a score out of 10, Benz said: "Unfortunately, I can't go lower than a zero, but I'd have to give them a one."

Chinese sports lawyer Cai Guo said Sun should have pleaded guilty to the doping offence to get a reduced suspension.

Benz hit out at the controversial Chinese swimmer's conduct during the hearing in Montreux, particularly when he was giving his final statement.

Translation issues had marred the morning session, prompting the simultaneous interpreter, appointed by Sun's team, to be replaced with a World Anti-Doping Agency (WADA) staff member.

Sun then waved a member of the public gallery into proceedings to translate after appearing to be unhappy with the translation given by the WADA official when delivering his closing statement, earning him a stern rebuke from Franco Frattini, the President of the three-man CAS panel.

"It seems to me that somehow Nixon and Kissinger successfully met with Zhou Enlai and Mao back in 1972 and there must be good interpreters available between English and Mandarin, and he chose these people," Benz said in the episode of the Case Observation show.

"Here is an athlete who says I am so worried for my own security, who is this person taking pictures of me while they're collecting urine and blood, yet they had security at the venue of some kind, and he calls this guy up from the audience and says, 'hey, sit down here next to me and be my voice' without any appreciation of the rules.

"The panel called this out in its decision in paragraph 358 of the award.

"So the panel saying he showed even at the hearing he has no respect for the rules, and then they go on and say, 'the athlete is a world-class athlete with an impressive list of sporting achievements, he is not however above the law or legal process.

"'The rules apply to him as they do to all athletes and he is required to comply with them.'

"That sums up the whole case right there."

Sun said he would appeal the CAS ruling to the Swiss Federal Tribunal, but it is not clear whether it was ever tabled.

The Tribunal only rules based on potential procedural issues and will not be asked to make a judgement on the CAS panel's interpretation of the law.