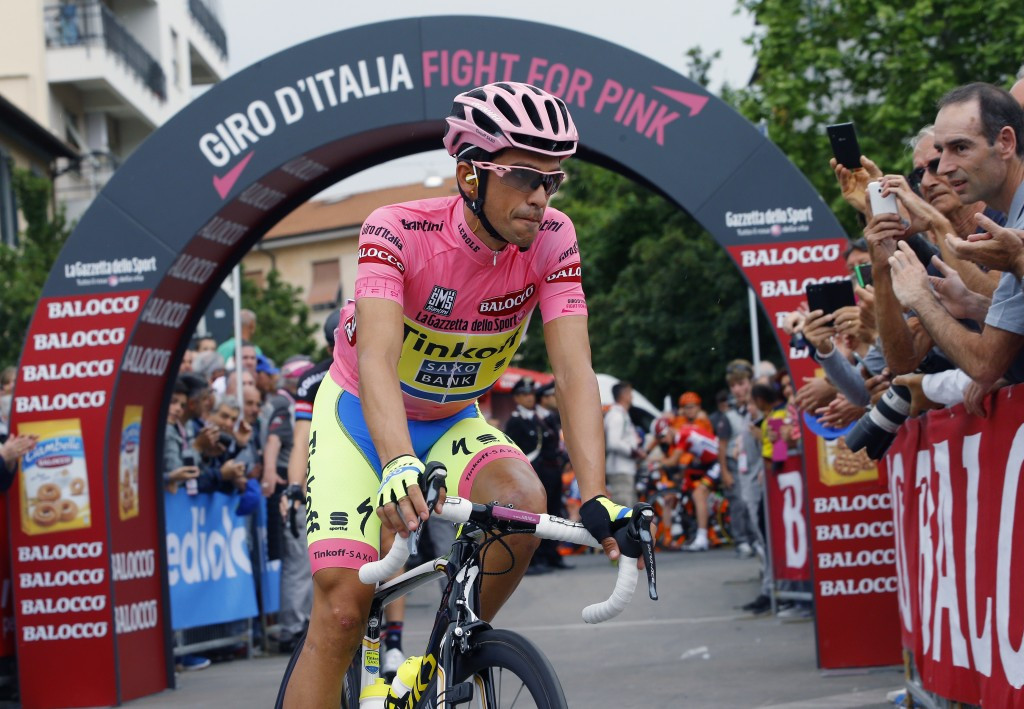 Two-time Tour de France winner Alberto Contador has placed his 2011 Giro d'Italia and Tour race bike up for auction to raise money for the Red Cross in its care for those during the COVID-19 pandemic.

Winner of the Tour in 2007 and 2009, Contador is regarded as one of the best cyclists of his generation, but he will auction off the bike that he controversially won the 2011 Giro before he was stripped of the title for testing positive for a banned substance.

The Spanish cyclist was also stripped of his 2010 Tour de France win at the same time and also finished fifth in the following year's Tour.

The race bike includes Contador's name alongside the Spanish flag on the frame as well as the pink, yellow and red chevrons representing the Giro, the Tour and the Vuelta a España, as reported by Cycling News.

"I want to show you something very special," Contador wrote on social media.

"It's the bike I used in 2011, from Mount Etna [where he won a stage of the Giro] and the attack on the Télégraphe on the stage to Alpe d'Huez [at the Tour].

"I've decided to donate this bike - an authentic - for the Red Cross' work during COVID-19, which is doing so much damage."

Under its posted auction, it could not be bought for a fixed price and was set to end on April 15, four days after the bike's auction was to end.

Since the disappearance of the page, there has been no news from Contador or from the Red Cross.