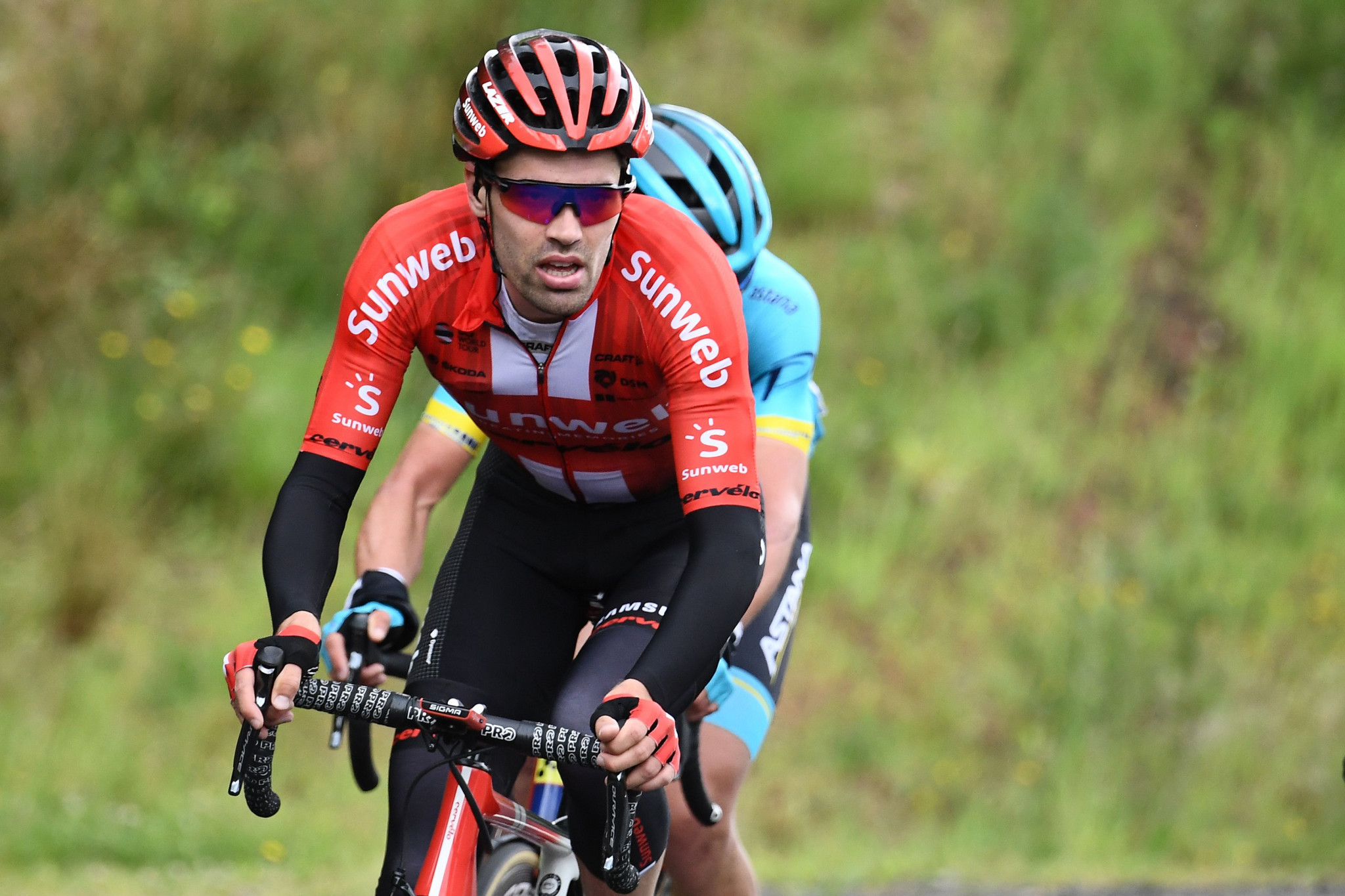 Dutch cyclist Tom Dumoulin has sparked a debate after suggesting the coronavirus pandemic could be used to permanently reschedule the cycling calendar.

Cycling events have been postponed or cancelled over a period that currently extends until August, representing 30 per cent of the year's International Cycling Union's (UCI) international calendar.

Road and mountain bike events have been the most impacted, while a total of 18 UCI Men's WorldTour races have now been either cancelled or postponed.

The Giro d'Italia, the Tour of Flanders and Paris-Roubaix are among the highest profile events to have been postponed to date.

Dumoulin, the 2017 Giro d'Italia winner, suggested extending the season to November to accommodate rescheduled events and then keeping the new period of competition for future seasons.

"I think that every season should move up a month," he said, as reported by Sporza.

"In mid-November, the weather here in Belgium and The Netherlands is often still fantastic, while in mid-February we sometimes still have snow or something.

"If we now extend this season to November, we will start a month later in 2021 and we will continue that period in the future.

"That seems fantastic to me."

Dumoulin, 29, is viewed as a climbing specialist and finished second in the Tour de France in 2018.

Fellow cyclists have since disagreed with his idea.

"It is often wet in Belgium in late February and early March, but can be very dry in late March and early April, which is much better racing weather," said Belgian Jan Bakelants.

"But then if you shift the season forward by a month, it could just as easily pour with rain in October."

Belgium's Dirk Demol, the now-retired 1988 Paris–Roubaix victor, also disagreed with a permanent changes to the calendar.

"I'm not in favour of moving the season up by a month," he said.

"It's true that the weather is often bad at the beginning of the season, but it's good that the classics are ridden in 'Flandrien weather'.

"We shouldn't only race in good weather, as there are still some riders who like the rain, wind and cold."

There was speculation this year's Tour de France would take place behind closed doors, something that was quashed by race director Christian Prudhomme earlier this month.