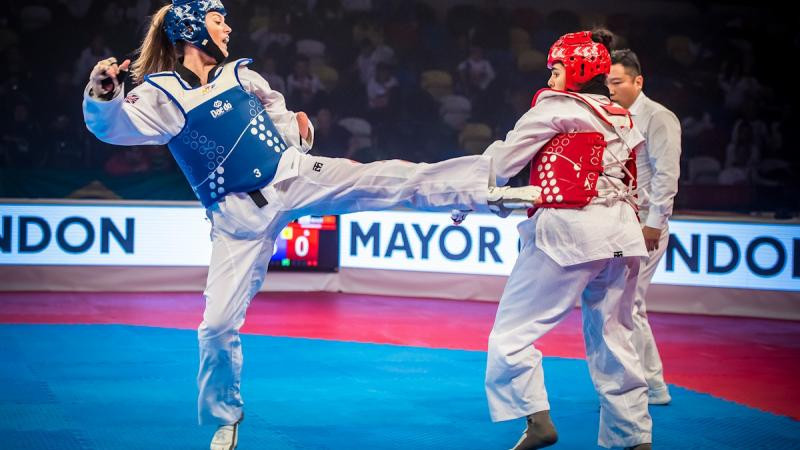 British Para-taekwondo athlete Amy Truesdale has said she will not allow the postponement of the Tokyo 2020 Paralympics get her down as she now aims for 2021.

The world number one has welcomed the extra time to prepare for the Games, which she qualified for when she won bronze at the European Para Taekwondo Championships in November last year.

The two-time world champion aims to keep doing what she is currently doing and is confident of her preparation so far ahead of making a Paralympic debut.

"The most precious gift we've received is time and that's all we can use to improve on, even further," Truesdale said.

"It's amazing that taekwondo is in the Games because Britain has previously had such strong Olympic success, so it'll be great to match that at the Paralympics."

"The 2017 Para Taekwondo World Championships in London was a big one for me - winning there meant a lot.

"Not only was it amazing to win on home soil but the medal I won put GB Taekwondo in a really good position."

Truesdale did not achieve a third gold medal in 2019 after being crowned world champion two years in a row beforehand, but remains confident of winning Paralympic gold.

"I hope it will be showcased in a fantastic way in order to encourage people to take part in the sport and inspire the next generation," Truesdale added.

Six Para-taekwondo gold medals will be up for grabs in three men's and three women's divisions at Tokyo 2020, with the sport on the Paralympic programme for the first time.