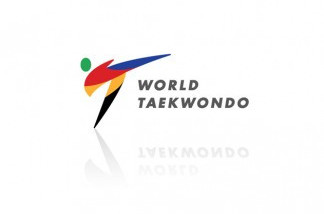 World Taekwondo has announced a social media campaign detailing the barriers its Para athletes have had to overcome training at home in light of the COVID-19 crisis.

The first video of the "Kicking It At Home" campaign featured Spain's European champion Alejandro Vidal Alvarez training at home and in less than four days reached 50,000 people, making it the most popular Para taekwondo post ever.

World Taekwondo's Para taekwondo director Olof Hansson said the videos show that anyone can practise the sport with little equipment.

"As taekwondo can be practised pretty much anywhere with minimal equipment, there is no special support needed for training," Hansson explained.

Italy's 2018 European champion Antonino Bossolo was one of the first to feature and said: "It's not easy, because I can't go to the gym to train but I'm trying to do something at home to keep me in training form."

The United States' Evan Mendell has had to find different ways to work out, switching barbells for body-weight workouts and using resistance bands.

Morocco's Rajae Akermach on the other hand is based in Germany, away from friends and family, lives alone and cannot leave the house.

More than 75 per cent of Para taekwondo athletes who will compete at the Paralympic Games next summer have already qualified, with only two more qualification events to go in Europe and Asia.

There are still 12 spots up for grabs in total.