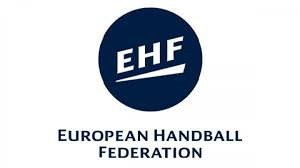 European Handball Federation (EHF) has presented a feasibility study over a possible restart of their competition calendar, with June currently seen as a theoretical date for resumption.

European handball competitions in April and May have been postponed due to the coronavirus pandemic, which the EHF said cast doubt on the future of the handball season.

A competition plan has been produced with the view to matches resuming in June.

“The current situation makes it impossible to play any handball competitions for the next few weeks," said Michael Wiederer, EHF President.

"It’s beyond any scope of thought.

“There are currently much more important things to focus on than to discuss possibilities for handball matches.

“However, there are good reasons to develop alternative scenarios.

“This is what we have been working on.

“We are fully aware that the implementation of this scenario depends on the development of the situation around the coronavirus and related governmental decisions.

“The EHF will be utmost flexible and is ready to adapt should it become necessary.

“In addition to this, there is awareness for challenges arising which we will have to overcome in close cooperation with all stakeholders.

“By no means does the EHF wish to give the impression that it wants to push through a competition schedule.

“Rather on the contrary we have to make sure that after the crisis the sporting situation will be clear and, at the same time, a feasible plan will be developed to be potentially introduced in case of an improved situation.”

The EHF Executive Committee determined in a teleconference that matches would only be played if a safe environment could be assured.

Should matches be cancelled, results from rounds already completed will count for further qualification.

The decision was also taken to move the EHF Final4 events and the Men's EHF Cup Finals to August and September, with the competition plan also including a potential schedule from June 3 to July 5 for men’s and women’s club and national team events.

The EHF also said the calendar could be adapted for both the 2019/20 and 2020/21 seasons due to developments in international sport, such as the postponement of the Tokyo 2020 Olympic Games until next year.

EHF’s competition plan includes a latest date until which the matches can be cancelled by the EHF.

Under the plan June 1 to 7 is expected to see matches held in the EHF Champions League last 16, the Men’s EHF Cup Group phase, the Men’s Challenge Cup quarter-finals and the Women’s Euro 2020 qualifiers.

The latest date for cancellation of these ties will be May 15.

Women’s Champions League quarter-finals, EHF Cup and Challenge Cup ties will be held from June 15 to 21, along with the first phase of the Men’s 2021 World Championship playoffs.

The latest date for cancellation of these ties will be May 29.

Quarter-finals in both the EHF Champions League and Men’s EHF Cup will be held from June 22 to 28 under the plan, with the governing body having until June 5 to decide whether to cancel these ties.

The second phase of Men’s World Championship playoffs are scheduled for June 29 to July 5, with the dates expected to now be confirmed by the International Handball Federation.

The EHF Final4 in Cologne has been rescheduled for August 22 and 23, having originally been due to take place on May 30 and 31.

A decision was also taken to move the Men’s 20 EHF EURO 2020 in Austria and Italy, as well as the corresponding Men’s 20 EHF Championships in Bosnia-Herzegovina and Latvia.

Both events will be postponed to August 13 to 23, which will be held in parallel to the Men’s 18 EHF EURO in Slovenia and the Men’s 18 EHF Championships in Bulgaria, North Macedonia and Montenegro.