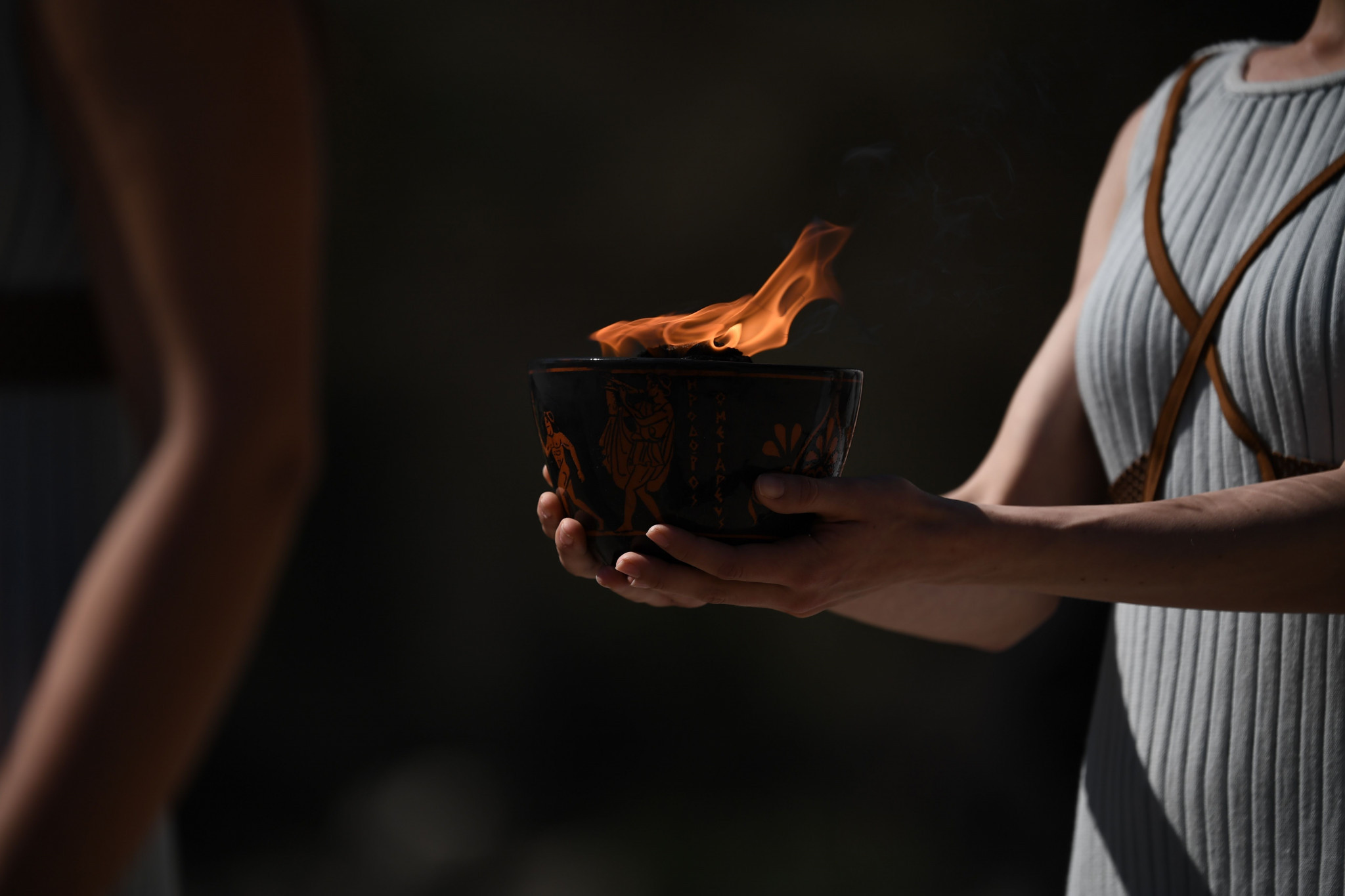 Tokyo 2020 has today announced changes to certain details of the special displays of the "Flame of Recovery" that were published earlier this year, as a precaution against the spread of coronavirus.

The six-day tour, bringing the Olympic Flame to the areas worst affected by the 2011 Great East Japan Earthquake, was set to begin on Friday (March 20), and takes place before the domestic leg of the Torch Relay begins on March 26.

It will visit locations in Miyagi, Iwate and Fukushima prefectures for two days each.

Organisers said today that "the main displays of the Olympic Flame will be staged largely as planned" but that some of the ancillary events and exhibitions will be adjusted.

No longer taking place in Miyagi is the planned welcoming of the Flame by children on Friday and the exhibition documenting the recovery of the affected regions on Saturday (March 21).

In Iwate, on March 22 and 23, the planned invitation to board the SL Ginga Steam Locomotive Express between Miyako, Kamaishi and Hanamaki stations has been cancelled along with the stage events.

Planned stage events will also no longer take place in Fukushima on March 24 and 25.

Further media advisories providing updated details of the exhibitions are due to be issued separately by each prefecture and are subject to change in the future.

Watch highlights from the first day of the Tokyo2020 #OlympicTorchRelay.

The beginning of a journey that will culminate at the #Tokyo2020 Opening Ceremony. #UnitedByEmotion pic.twitter.com/sboOY6hGup

"These changes follow consultations with the task forces in each region and reflect the guidelines contained in Tokyo 2020’s recent announcement of its proposed countermeasures to protect participants, officials and the viewing public against the COVID-19 virus during the Tokyo 2020 Olympic Torch Relay and accompanying events," a statement from organisers reads.

"In addition to its role of raising awareness of the Tokyo 2020 Games, the Tokyo 2020 Olympic Torch Relay aims to showcase the 'Flame of Recovery' in the areas worst affected by the 2011 Great East Japan Earthquake, to enable the people from the disaster-affected areas who have worked so hard in the reconstruction and recovery of their local communities to view the Olympic flame after it arrives from Greece.

"This is in line with the importance being placed on the Tokyo 2020 Games as the 'Reconstruction Games' and the Tokyo 2020 Olympic Torch Relay concept 'Hope Lights Our Way.'"

The coronavirus pandemic has fuelled suggestions this year's Olympic and Paralympic Games could be postponed or cancelled, claims repeatedly denied by the International Olympic Committee (IOC) and Tokyo 2020, who have refused to alter their stance that the event will go ahead as planned.

Many have had to cancel or postpone qualifiers amid growing international concern, which has prompted Governments to ban events involving certain numbers of people and impose travel restrictions as part of measures designed to combat the spread of the virus.

Qualification in some sports has already been completed.