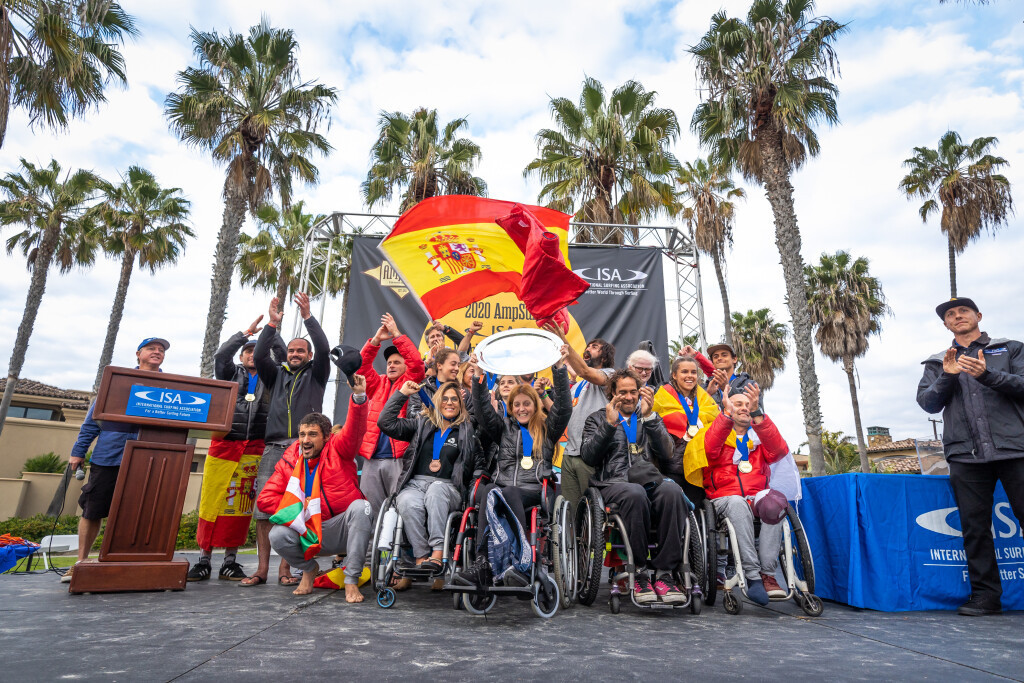 The country's success was spearheaded by two gold medals in the visually impaired categories while six other podium finishes also played their part as they topped the leaderboard.

Aitor Francesena of Spain won his second gold medal at the Championships by winning the men's visually impaired one category, while the women's equivalent was won by his compatriot Carmen Garcia.

"I was only hoping to do my best," said Garcia.

"The most gratifying part of all of this has been continuing to improve as a surfer and now to have the chance to defend a title at the next edition."

Other success on the final day included a fifth men's prone one world title in a row for Denmark's Bruno Hansen.

"It feels surreal to win my fifth gold medal," he said.

"I felt really focused and driven this year."

A pair of Brazilians took home the standing two gold medals as Roberto Pino and Malu Mendes came out on top in the men's and women's respectively.

Colin Cook of Hawaii bagged gold in the men's standing three and Alcino Neto added to the Brazilian title haul in the men's kneel.

In the women's kneel, Canada's Victoria Feige struck gold while Sarah Bettencourt grabbed the women's prone one title for the US.

Australia topped a pair of podiums thanks to Sam Bloom in the women's prone two and Matthew Formston in the men's visually impaired two.

American Jeff Munson was crowned as the waveski champion.

The event was a rare example of sport still taking place amid the coronavirus pandemic.

"Through a week of heavy downpours, team camaraderie, world-class surfing, and inspirational displays of perseverance, history has been made in La Jolla," said ISA President Fernando Aguerre.

"A record-breaking 131 athletes from varying backgrounds, religions, races, and social classes united to celebrate a sport that has changed all of the competitors' lives for the better.

"By spreading the innate stoke and joy of surfing, we strive to continue making the world a better place through surfing.

"What we witnessed this week is a testament to the fact that the sport of Para-surfing is on the rise around the globe.

"We had more competitors, a higher level of surfing, professional classification processes, and an expert judging panel, all steps that we hope will one day take Para-surfing onto greatest stage of sport, the Paralympic Games.

"I would like to send my sincere thanks to all competitors for putting in the hard work to come here and represent your nation.

"It is through this community that our ambassadors strengthen our message and movement around the globe."