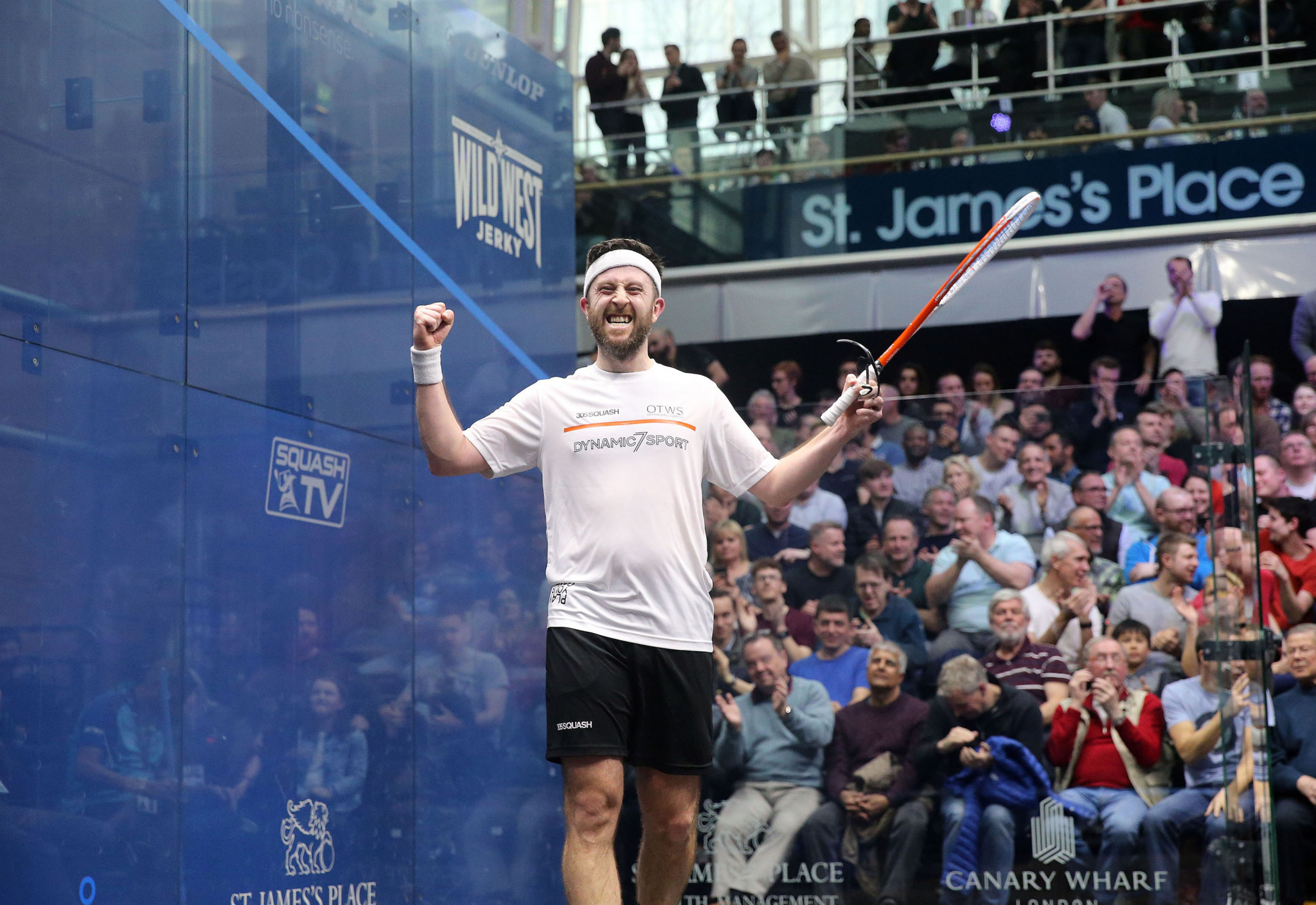 It was the third time that the pair were meeting on the PSA World Tour, following two matches within six days in September 2016.

The two-game clash lasted more than 50 minutes, with both players producing sublime squash in a match that looked like it would never end.

The Englishman then found himself trailing in the second game with Makin ahead 10-5, however Selby saved seven game balls to come back and win 15-13, taking the victory to set up a clash with world champion Tarek Momen in the last 16.

There were a couple of other surprise results on the opening day, with Frenchman Mathieu Castagnet beating his compatriot Gregoire Marche 12-10, 11-8.and Scotland’s Greg Lobban earning victories over France’s Gregoire Marche and Egypt’s Mazen Hesham, respectively.

World number 22 Castagnet will now face the world number one Mohamed ElShorbagy in round two.

Other results saw Declan James beat Adrian Waller 12-10 11-6 in an all English affair while in another match between players from the host nation James Willstrop beat fellow countryman Richie Fallows 11-5 11-6.

Second round matches will take place over two days - March 9 and 10.