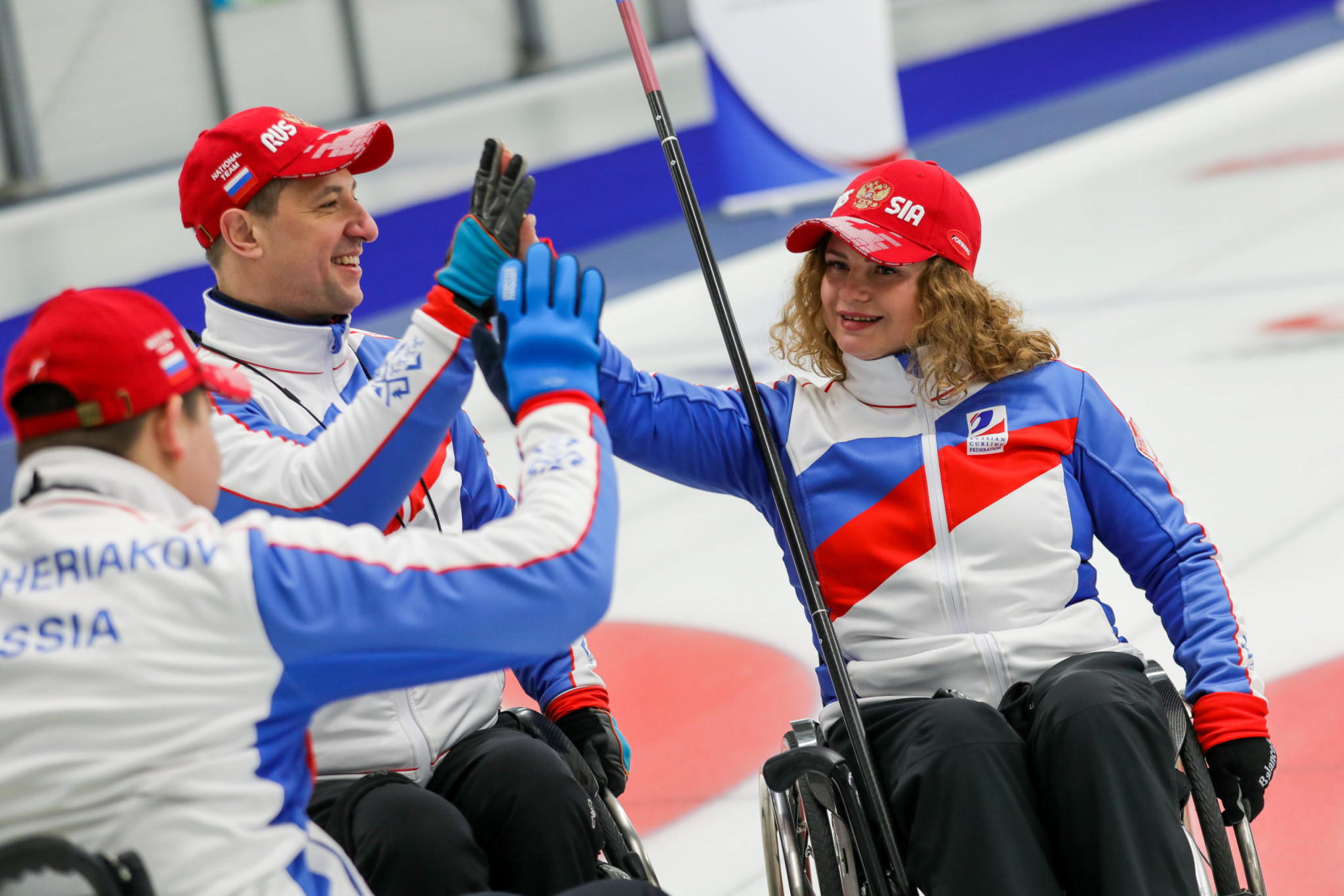 Russia and Canada will contest the gold medal game at the World Wheelchair Curling Championships in Switzerland, after both countries won two knockout matches today.

Following 17 sessions of round-robin matches at Wetzikon Curling Club, the two countries finished in fifth and third place respectively, meaning they had to navigate a qualification knockout match before reaching the semi-finals, where China and Sweden were waiting after finishing as the top two after the first phase of the competition.

It was a very tight qualification match on Sheet B as Korea and Canada entered the final end of regulation play at four points apiece.

Canada scored a single point on the final end to win the match 5-4 and set up a last four encounter with Sweden.

In the qualification match on Sheet D, it was an equally close affair with Norway and Russia deadlocked at four points apiece entering the final end.

Russia scored two points on the final end to win 6-4 and progress to a semi-final against China, who had won all 11 round-robin matches and looked the team to beat.

In the evening's semi-finals, China were finally defeated as they lost 9-4 to the Russians, who scored three points in both the fourth and eighth ends to secure an upset and reach the gold medal match.

Russia will play Canada who overcame Sweden 3-2 after an extra end.

In a match that featured four ends of play where no shots were scored, it was tied at two points apiece after the regulation eight ends.

An extra end was required and it was the Canadians who scored a single point to secure their second narrow victory of the day and reach the gold medal game.

The finals take place tomorrow with China and Sweden facing off for bronze before Russia and Canada go for gold later in the day.