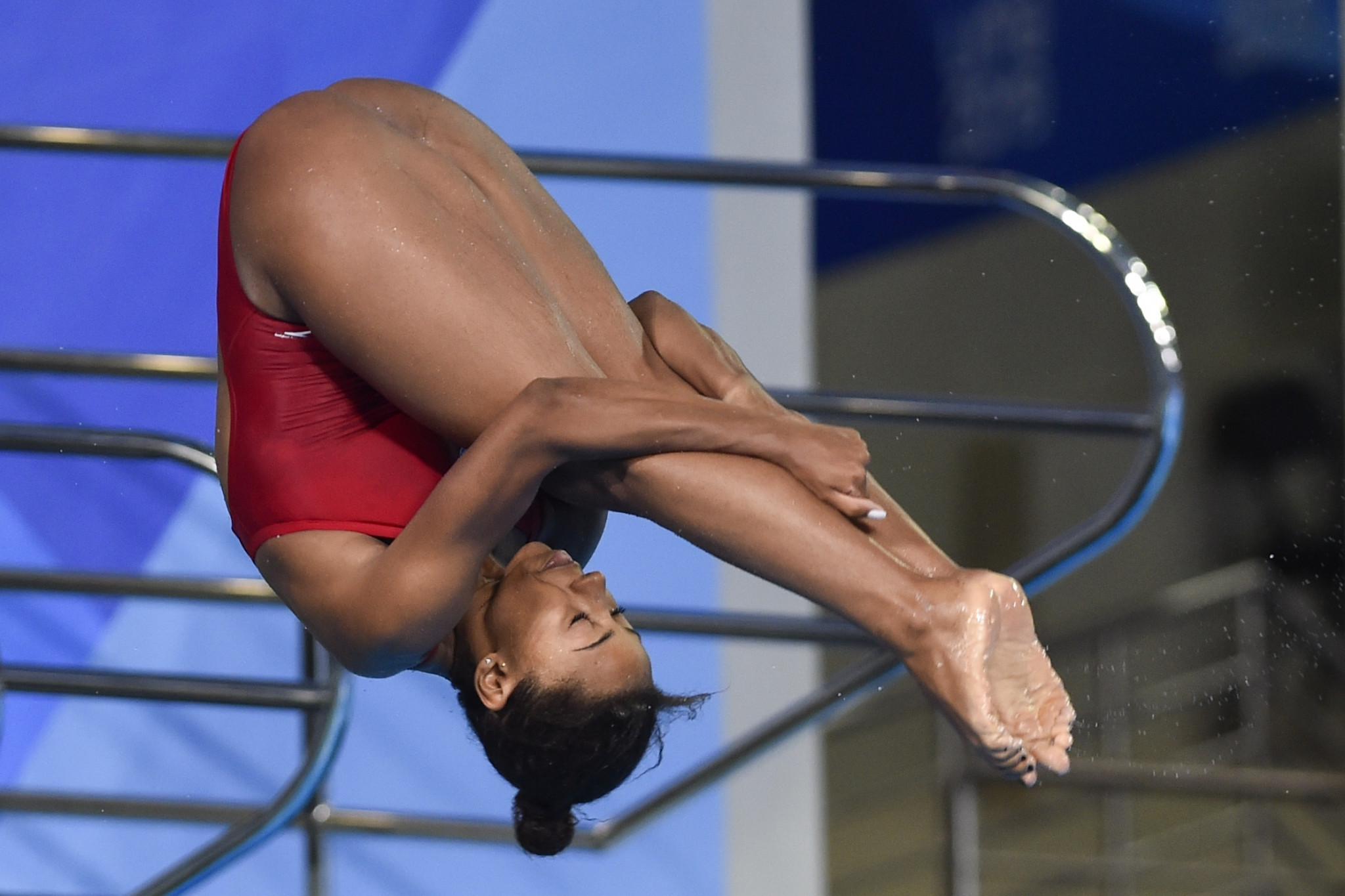 It meant she ended the competition with three titles after her earlier success with Melissa Citrini Beaulieu in the women's three metre synchro.

Her individual success today came with a score of 363.00 as Russia's Mariia Poliakova took silver with 320.25.

Australia's Anabelle Smith was the bronze medallist on 317.25.

In the mixed, her winning score with Imbeau-Dulac was 314.52.

Britain's Tom Daley and Grace Reid were the silver medallists on 309.57 and Mexico's Osmar Olvera Ibarra and Dolores Hernandez Monzon took bronze on 283.20.

"I am so happy to have been able to perform like this, I really don't think I could have done any better," said Abel.

"I am even happier to have won three gold medals at home, in front of my family, and really show them what I am capable of doing."

The event, the first leg of the 2020 Diving World Series circuit, did not feature the sport's powerhouse China due to the coronavirus outbreak.

Britain also celebrated gold on the final day as Noah Williams won the men's 10m platform with a score of 493.35.

Silver went to Viktor Minibaev of Russia on 472.65 and his compatriot Aleksandr Bondar took bronze on 468.10.

"It's really great to put in a performance like this," said Williams.

"I came in with not much pressure because it's my first individual World Series and it's great to come out with a result like this."

Canada topped the final medal table with six golds, although Russia won the largest number of medals with nine.

The next leg of the Series will take place in Russian city Kazan between March 20 and 22.