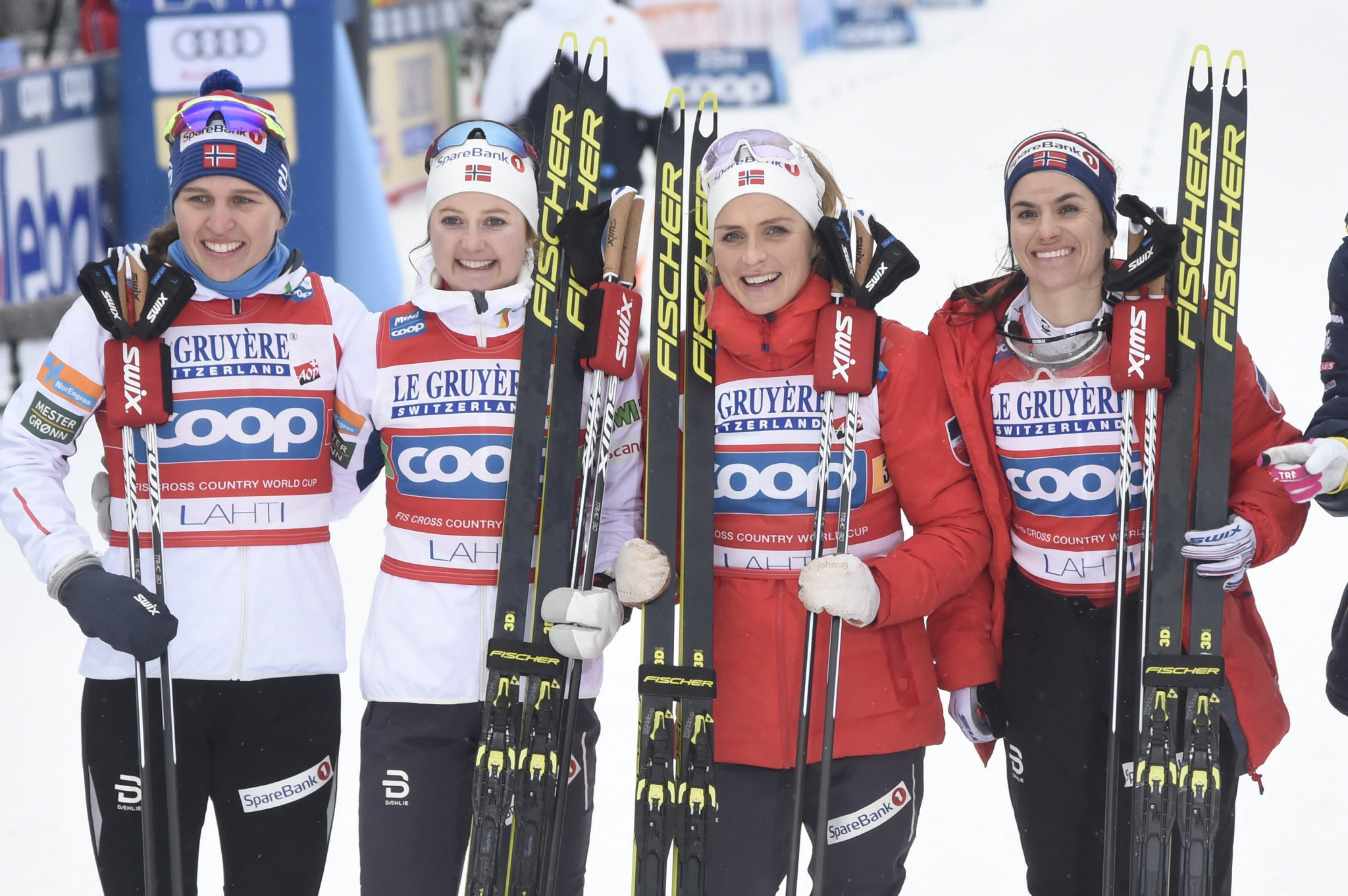 The Norwegian team enjoyed a comfortable victory in the women’s 4x5 kilometre event at the Finnish venue.

The quartet enjoyed a 30.3 second cushion over the Finnish team.

The home team of Johanna Matintalo, Kerttu Niskanen, Laura Mononen and Krista Parmakoski finished as the runners-up in 50:35.1.

The men’s 4x7.5km relay proved a closer contest, with the top four teams ending within three seconds of each other.

Ilia Semikov, Alexander Bessmertnykh, Denis Spitsov and Andrey Melnichenko of Russia ended 0.5 seconds further back to round off the podium.

Italy finished outside the medal positions in fourth, ending 2.4 seconds behind the winners.