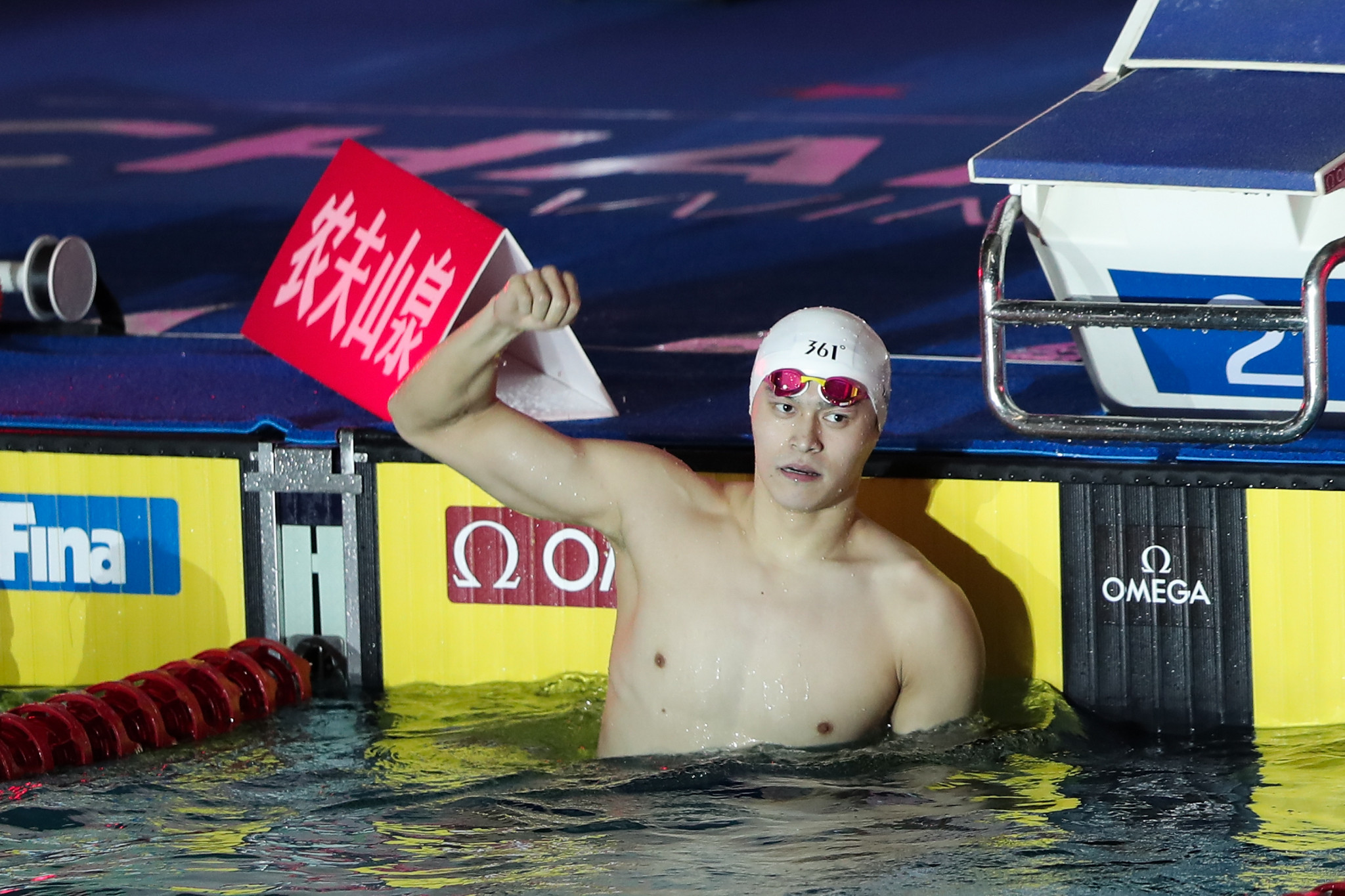 Chinese Olympic swimming champion Sun Yang has been banned for eight years after one of his entourage destroyed his blood vial with a hammer during an attempted drugs test in September 2018, the Court of Arbitration for Sport (CAS) announced today.

The CAS panel upheld an appeal by the World Anti-Doping Agency (WADA) against a decision from the International Swimming Federation (FINA) to let Sun off with a warning after finding him guilty of tampering with the doping control process.

Sun, a three-times Olympic champion who served a three-month drugs ban in 2014, received the maximum eight-year sanction for a second doping offence and will not be able to return until February 2028.

The decision, which comes after a 10-hour public hearing in November, effectively ends Sun's career and rules him out of competing at this year's Olympic Games in Tokyo.

Sun is set to appeal the verdict to the Swiss Federal Tribunal.

The CAS ruled the 28-year-old had "failed to establish that he had a compelling justification to destroy his sample collection containers".

"As the panel noted, it is one thing, having provided a blood sample, to question the accreditation of the testing personnel while keeping the intact samples in the possession of the testing authorities; it is quite another thing, after lengthy exchanges and warnings as to the consequences, to act in such a way that results in destroying the sample containers, thereby eliminating any chance of testing the sample at a later stage," the ruling read.

The panel agreed with WADA that the accreditation of the doping control officer at the centre of the row which led to the vial being smashed were in line with international standards.

"WADA decided to appeal the original FINA ruling having carefully reviewed it and having concluded that there were a number of points that seemed to be incorrect under the code," said WADA director general Olivier Niggli.

"Today’s CAS ruling confirms those concerns and is a significant result."

"FINA has noted the judgement published by CAS today in the case of WADA versus Chinese swimmer Sun Yang," FINA said in a short statement in response to the CAS ruling.

"Notwithstanding any further legal action, and as directed, FINA will implement CAS's decision with regard to disciplinary action against the swimmer."

During the hearing, marred by translation issues, the 11-times world champion protested his innocence and claimed the officials' credentials did not adhere to anti-doping regulations.

Sun, the subject of protests from rival swimmers after he won two gold medals at last year's FINA World Championships, appeared evasive under questioning and irked the panel's President Franco Frattini by attempting to bring a member of the gallery into proceedings to translate his closing statement.

The controversial swimmer, one of the biggest names in the sport, had requested the hearing be held in public.

The CAS also confirmed Sun would keep the two titles he claimed at the World Championships in Gwangju.