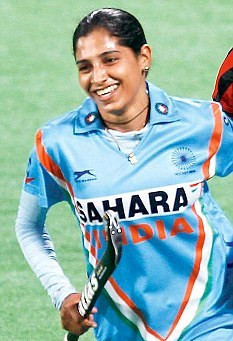 Indian hockey player Ritu Rani is The World Games Athlete of the Year 2019, it has been announced.

With an impressive number of votes, 199,477, the 28-year-old Rani was the clear winner of the Athlete of the Year race, where sports fans all over the world have voted for their favourite during 20 days of polling in January.

In 2019, India won the International Hockey Federation (FIH) Series Finals, and Rani was named player of the tournament.

She has led the team to qualification for Tokyo 2020 - only the third time India's women have qualified for the Olympic Games.

"I dedicate this award to the entire hockey fraternity, my team and my country," Rani said.

"This success has only become possible with the love and support from hockey lovers, fans, my team, coaches, Hockey India, my Government, friends from Bollywood, fellow sportspersons and my countrymen who have continuously voted for me.

"Special thanks to FIH for nominating me for this prestigious award.

"Thank you to The World Games Federation for this recognition.”

"Rani is an inspirational athlete, and a role model for many in India," International World Games Association President José Perurena said.

"It was amazing to see the support the Indians, even as high up as Mr [Kiren] Rijiju, the Minister of State, Youth Affairs and Sports, gave to her in this vote together with the hockey fans all around the world.

"This is what sport is about: uniting people from different backgrounds and different countries.

“It has been amazing to follow how sports fans all over the world have continued to support their candidates from day one.

"It warms my heart to see fans from 25 different sports activated and voting for their candidate right to the end.

"Whether one of the top three or somewhere below, the fans have shown their support and love for their sport.

"I congratulate the winner Rani and the runners-up Stanislav Horuna and Rhaea Stinn for their amazing campaigns, and all the others taking part."