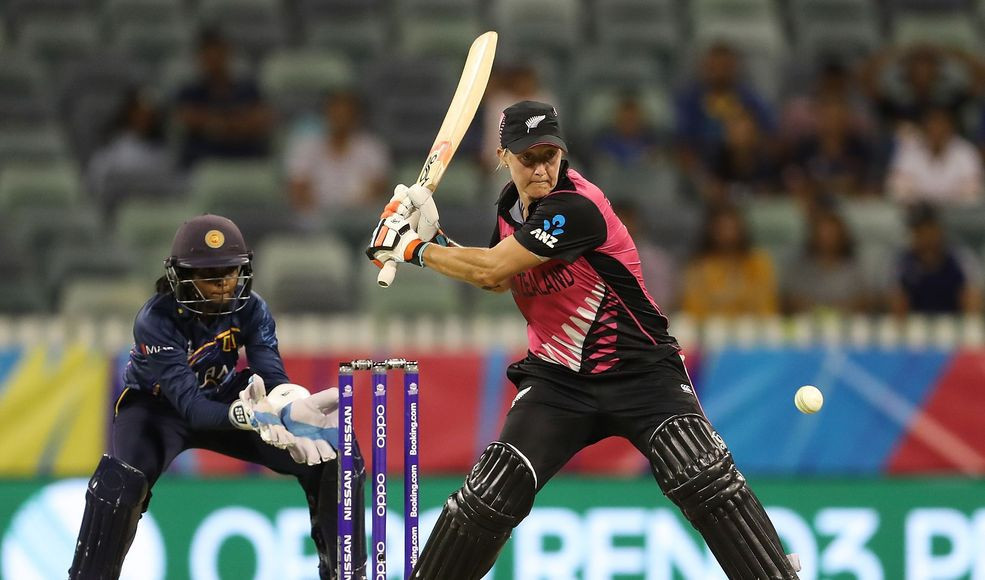 The matches were played as a double header at the WACA Ground in Perth, with 2016 champions West Indies first up against World Cup debutants Thailand in Group B.

Thailand won the toss and elected to bat first but could only muster 78-9 off their 20 overs, with their innings anchored by wicketkeeper batter Nannapat Khoncharoenkai who scored 33 runs off 48 balls.

Windies captain Stafanie Taylor was the pick of the bowlers, taking three wickets for 13 runs off three overs.

Chasing a below-par target, the West Indies innings got off to a stuttering start as they were reduced to 27-3, which included two run-outs.

Captain Taylor and wicketkeeper Shemaine Campbelle steadied the ship and saw West Indies over the line.

They scored an unbeaten 26 and 25 runs respectively to see Windies home with more than three overs to spare.

What's your @Nissan Play of the Day from the second day of the Women's @T20WorldCup?#WIvTHA | #NZvSL | #T20WorldCup pic.twitter.com/Ahasr7gx6S

The second game of the day saw New Zealand put their Group A opponents Sri Lanka in to bat after winning the toss.

Sri Lanka scored 127-7, with captain Chamari Atapattu the top scorer of the innings with 41 off 30 balls, featuring five fours and two sixes.

The White Ferns' top bowler was Hayley Jensen, who took three wickets for 16 runs off her four overs.

New Zealand always had the chase under control, winning by seven wickets with more than two overs to spare.

Captain Sophie Devine led from the front for the Kiwis, scoring an unbeaten 75 off 55 balls which included six fours and two sixes.

It was Devine's sixth consecutive half-century in T20 internationals - a world record.

There is just one match in the tournament tomorrow, coming in Group B as England play South Africa, again in Perth.