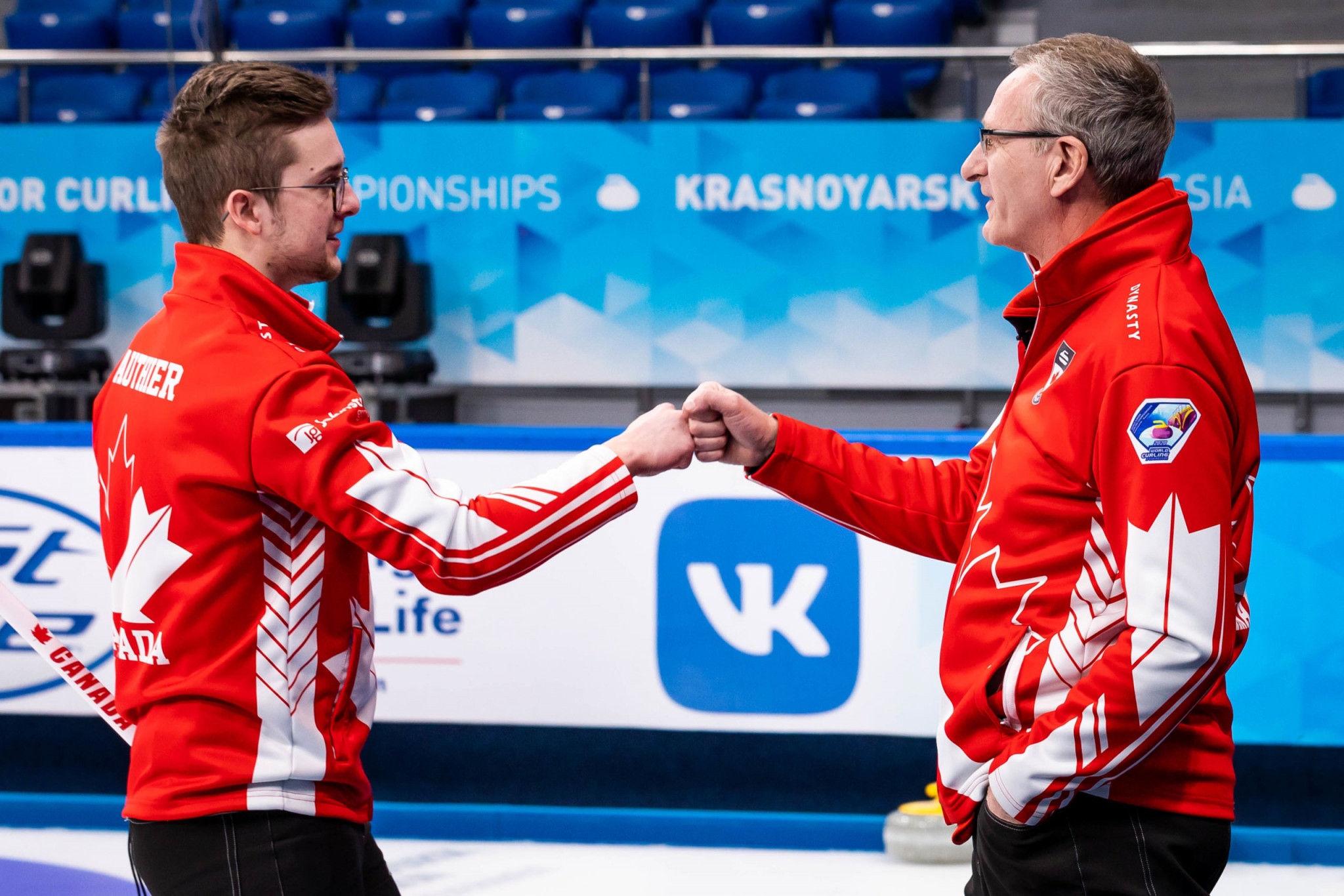 After a poor first day of the tournament, Canada ensured they would feature in both men's and women's finals at the World Junior Curling Championships in Krasnoyarsk in Russia.

In the men’s semi-finals at the at the Crystal Ice Arena, Switzerland upset the top seeds Scotland with a fantastic comeback aided by a Scottish collapse in the second-half of the match.

The Swiss were down 3-1 after five ends, but shook their opponents in the sixth, taking three before doing the same in the eighth to go 7-4 up.

After both sides took two points each in the final two ends, the fourth seeds looked tenacious at their best in a 9-6 win.

In the other match, Canada recovered from their defeat to Scotland in the final group match to win again against Germany.

They prevailed  in the final three ends to win 7-4 after scoring twos in end eight and end 10.

Absolutely stunning from Canada as they play an in off for three to level the score! ???#WJCC2020 #curling pic.twitter.com/lXRoqxNlPw

After their defeats, Scotland and Germany are set to play for the bronze medal ahead of the gold medal match tomorrow.

In the women’s semi-final, South Korea made the final after an 8-4 win over Asian rivals Japan, never losing their lead as they continue their unbeaten run in the Championships to ten matches.

Canada had an entertaining match with Russia with plenty of stones in the house throughout as they knocked out the defending champions.

Russia took the early lead of 4-1, but Canada replied with three in the fifth to level it after a terrific trick shot saw them use an array stone on the left of the house to knock out the solo Russian stone and give them three at an important point.

When Canada took two in the ninth to go ahead 8-6, it looked difficult for the hosts to come back - but they did just that to take it to an extra end.

With the hammer, however, the Canadians made sure they made both finals with the final score ending 9-8.