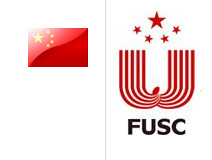 The Federation of University Sports of China (FUSC) has cancelled the participation of its athletes in all international events until May over the coronavirus outbreak, it has been announced.

In a statement, the International University Sports Federation (FISU) revealed the decision was taken "keeping the safety of participants and organisers in mind".

It means FUSC's athletes will not compete in this year's first three World University Championships (WUCs), namely those in cross-country in Marrakech on March 7, speed skating in Amsterdam from March 10 to 13 and ski orienteering in Rovaniemi from March 23 to 27.

"FISU extends its best wishes to all Chinese university athletes for their continued training and looks forward to their renewed participation at the earliest appropriate opportunity," the statement reads.

FISU also warned it will "continue to monitor the situation closely" ahead of the two WUCs due to take place in China in July.

WUC Wushu is scheduled to be held in Liaoyang from from July 11 to 14, while WUC Squash is set to be staged in Shanghai from July 17 to 23.

"With more than four months to go, FISU is hopeful that these events will go ahead as planned," the statement added.

"FISU would like to reiterate its full confidence in the organisers of these events and in China’s capacity to effectively tackle the outbreak."

The latest figures from China put the death toll from coronavirus at 2,236 people and total infections at more than 75,000.

The virus has also spread around the globe, with more than 1,000 cases and several deaths in the rest of Asia, in Europe, the United States and Africa.