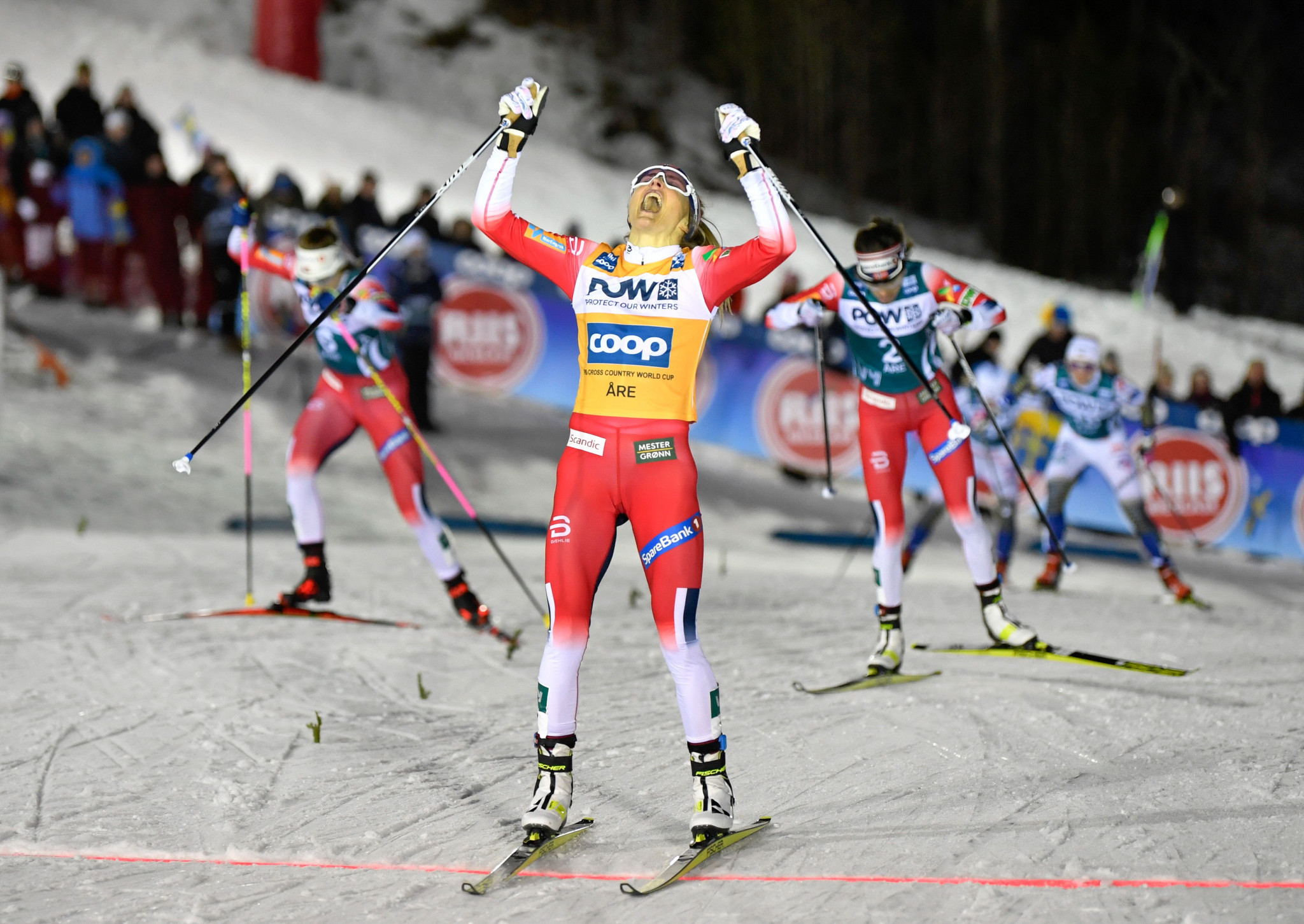 Norway’s Therese Johaug strengthened her lead at the top of the overall International Ski Federation (FIS) Cross-Country World Cup standings by triumphing at the sprint competition in Åre.

Johaug’s World Cup campaign has been built largely on success in the longer distance races, including back-to-back wins over 10 kilometres in Falun last week.

A first sprint success of the season came as the World Cup season moved from Östersund to another Swedish venue.

The Norwegian finished second in her quarter-final race behind compatriot Heidi Weng, with the duo switching places in the semi-final.

Johaug would lead an all-Norwegian podium in the six-skier final, as she completed the event in a time of 2min 27.56sec.

She was followed across the line in by Weng and Astrid Uhrenholdt, who respectively finished 1.73 and 2.47 seconds behind the winner.

Johaug now has a total score of 1,840 points at the top of the overall World Cup leaderboard, with second-placed Natalia Nepryaeva of Russia now 580 points adrift.

Nepryaeva, who did not compete today, has now been joined by Weng in second position.

The sprint World Cup standings are now led by Sweden’s Linn Svahn, after she moved to 419 points due to her sixth place today.

She takes a one-point lead over Slovenia’s Anamarija Lampič, who could only finish in 18th place in Åre.

Norway’s Johannes Høsflot Klæbo won his sixth World Cup sprint race of the season to extend his advantage in the classification.

Both skiers progressed to the final today, where Klæbo stormed to victory in a time of 2:02.63.

Italy’s Federico Pellegrino came across the line 2.39 behind the winner to end as the runner-up, with France’s Renaud Jay third in 2:06.33.

Chanavat was forced to settle for fifth place, which saw the Frenchman lose ground in the race for the sprint World Cup title.

Klæbo remains some way adrift of Alexander Bolshunov in the overall World Cup competition, with the Norwegian lying second on 1,278.

Russia’s Bolshunov heads the standings on 1,760.

The World Cup season continues with mass start races at Storlien-Meraker in Norway on Thursday (February 20).