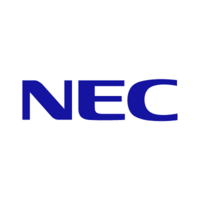 Tokyo 2020 has today announced that it has agreed to an expansion of its sponsorship agreement with NEC Corporation, which will include the new product category of "Private Network Radio Systems".

In February 2015, it was announced that the company would provide valuable services in the categories of "Specialist Public Safety Equipment and Software" and "Network Equipment".

NEC says it will support the operation of this year's Olympic and Paralympic Games by utilising various advanced information and communications technology, including the provision of a face recognition system for identifying athletes, officials, other staff members and media representatives at venues.

The company positions its safety business as an engine for global growth, and states it will continue to promote the NEC Safer Cities initiative, which aims to create safer and more secure urban communities through digital technology.

The three remaining categories are designated for domestic sponsors.

The highest domestic tier comprises Gold Partners, the second tier consists of Official Partners and the third tier is made up of
Official Supporters.