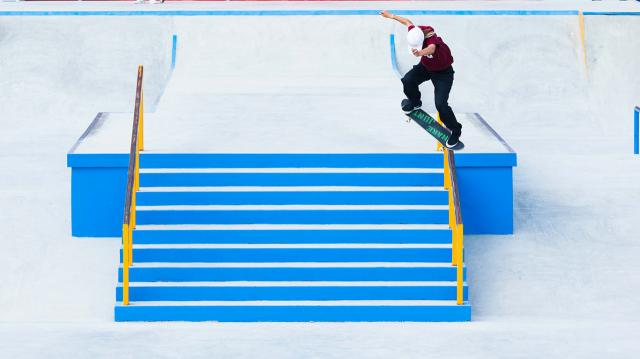 World Skate has provided an updated schedule of events impacted by the coronavirus outbreak but which will contribute to the Olympic qualification process for Tokyo 2020.

The governing body says the outbreak of coronavirus - given the official name of COVID-19 by the World Health Organization - has had a widespread impact on sporting events in mainland China and across Asia.

The vast majority of cases have been reported in China, although other countries have been impacted.

World Skate has confirmed the dates of several events in China have been moved, with the outbreak impacting the construction of skateparks in both Nanjing and Yancheng.

Nanjing had been due to host the street International Skateboarding Open from April 13 to 19, but organisers are currently unable to guarantee the completion of the venue in time for competition.

The event has now been suspended, with further information expected to be announced shortly.

The park and street International Skateboarding Open in Yancheng will take over the calendar slot from the postponed event in Nanjing.

Organisers in Yancheng said there had been a minor delay to construction due to the outbreak, which has led to the event pushed back by one week.

The Street League Skateboarding World Pro Tour event in Beijing from April 28 to May 3 is expected to take place as planned, along with the Park World Championship in Nanjing.

New dates have been confirmed for the Asian Street Skateboarding Continental Championship in Singapore.

The event was initially suspended due to safety measures imposed by the Singapore Ministry of Health.

Competition will now take place from March 17 to 21.

The ARK League 5 Star Street Skateboarding event scheduled in Japan from April 22 to 26 is due to take place as planned.

World Skate has added that the Lima Skateboarding Open of Street and Park Skateboarding has been moved, due to the competition venue needing to undergo significant remodelling by California Skateparks.

The event will take place at Costa Verde Skatepark.

As well as the being sanctioned as a 5 Star event, the Lima Open will also be sanctioned as the street Pan-American Continental Championship.

Skaters from the American continent will receive both 5 Star and Continental Championship points.