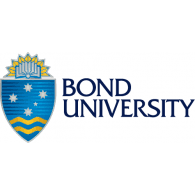 Gold Coast-based Bond University has signed a deal with Australia’s most successful esports club, The Chiefs, to open pathways for talented competitive gamers.

As reported by the Gold Coast Bulletin, the collaboration - an Australian first - includes tournaments and internships.

It is aimed at developing the domestic esports sector and forging a path for competitive gamers on the Gold Coast.

Sports Gold Coast chairman Geoff Smith stated his organisation worked with Bond University, Gold Coast City Council and others for 18 months "advising on the opportunities in this dynamic and uncharted area of sport".

He claimed the city could reap the benefits of esports, but "must be strategic and learn from some of the costly mistakes made to date".

"The esports industry is evolving rapidly and what may seem to be the trend today will be completely different in 12 months," Smith was quoted as saying.

The collaboration comes on the back of reports by the Gold Coast Bulletin that the State Government has been in talks with a promoter to build a boutique stadium on the Gold Coast.

Gold Coast Mayor Tom Tate wants the stadium to include a retractable roof and facilities for the esports market.

Smith said Sports Gold Coast had been advocating for an esports facility since 2015 and that it was crucial the city "chooses the right location and invests in the right technology".

He claims Australia is at least seven to eight years behind countries like South Korea and China in esports.

Last month, International Olympic Committee (IOC) member Richard Pound warned the organisation that it could get "taken to the cleaners" if it collaborated with esports before fully understanding the sport.

Led by International Cycling Union (UCI) President and esports liaison group chairman David Lappartient, esports was up for discussion at the IOC Session in Lausanne.

It continues to grow in popularity and has started to enter the Olympic Movement already, with UCI in particular establishing strong links with the online cycling and running video game Zwift.

After the IOC and Intel announced a collaboration for Tokyo 2020, esports is also due to feature at this year's Olympic Games.