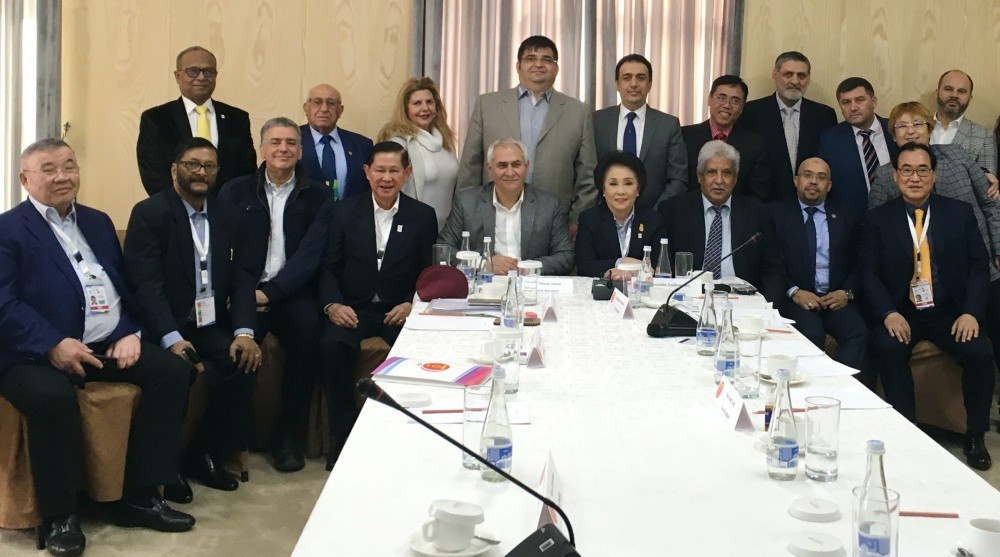 The Asian Weightlifting Championships is being moved from Kazakhstan at less than nine weeks’ notice because of the coronavirus outbreak.

Uzbekistan is taking over as host and will stage the Championships in Tashkent, the venue for the Asian Youth and Junior Championships which are now taking place.

The Asian Weightlifting Federation (AWF) was forced to act to allow China, from where the potentially deadly virus originated, to compete.

Kazakhstan's capital city Nur-Sultan - which was known as Astana until March last year - had been due to host the Championships from April 16 to 25.

But Kazakhstan is not currently allowing entry to any visitors from China, and it was confirmed at the weekend that it has withdrawn as host nation.

Weightlifting becomes the third sport forced to make other arrangements because of Kazakhstan’s policy regarding the virus.

Kazakhstan also declined to host the Fed Cup Asia Zone tennis tournament from February 4 to 8, which has been postponed, and the Asian Water Polo Championships which were to have taken place last week.

The Asian Championships will be held on the original dates in Tashkent, with the AWF Congress on Friday April 17, and the competition running from April 18 to 25.

The third and final six-month phase of qualifying for Tokyo 2020 ends on April 30.

Uzbekistan was described last week as "an experienced host nation" by Ursula Papandrea, acting President of the International Weightlifting Federation (IWF) who has been at the International Solidarity Championships in Tashkent.

Members of the IWF Executive Board discussed the situation and agreed with the relocation.

During the Solidarity Championships, which preceded the Asian Youth and Junior Championships, members of the IWF Board met Rustam Shaabdurakhmonov, President of the Uzbekistan National Olympic Committee.

All of this year’s continental championships take place in April, and as "gold" qualifying events they are hugely significant in determining which 196 athletes will compete in Tokyo.

The Asian Championships and the Oceania Championships in Nauru are the last events to finish that count towards Tokyo 2020 qualifying.

Asian athletes top the ranking lists in 13 of the 14 weight classes for Tokyo, the only exception being the men’s super-heavyweights.

Japan currently has a policy of not allowing entry to anybody with a passport issued in Hubei province, from where the virus has spread.

Two of  China’s Olympic gold-medal contenders are from Hubei, Tian Tao in the men’s 96 kilograms and Wang Zhouyu in the women’s 87kg.

The 81kg contender Lyu Xiaojun, a gold medallist in 2012 and silver medallist four years ago in Rio, is originally from Hubei but moved away many years ago.

Japan is expected to amend its entry policy before teams arrive for the Olympic Games, which run from July 24 until August 9.