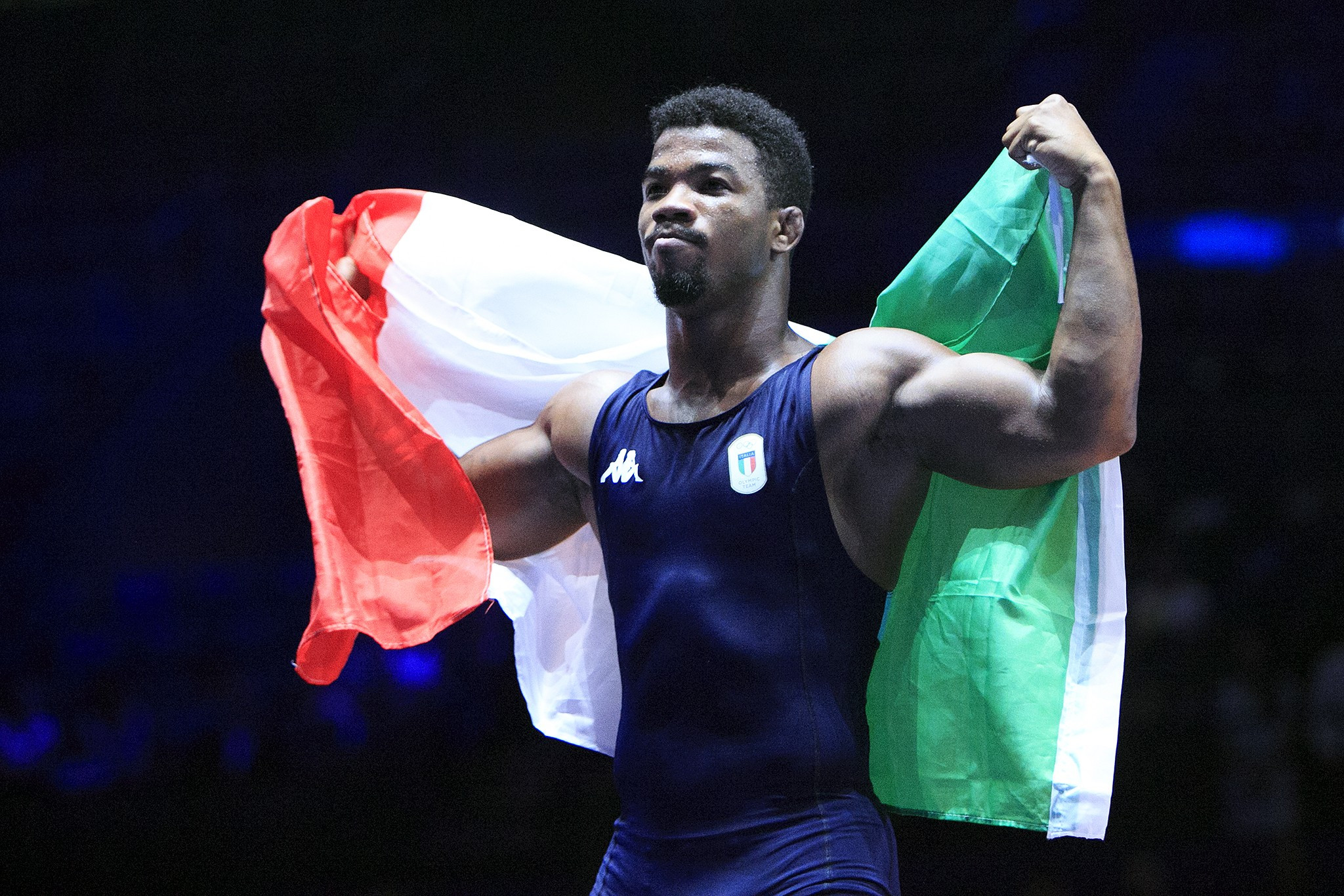 In a battle of two world champions, Frank Chamizo got the better of Magomedrasul Gazimagomedov on the final day of the European Wrestling Championships in Rome.

The bout between Chamizo, competing on home turf and Russian Gazimagomedov was the headline final on the last day of competition at the PalaPellicone.

The pair contested gold in the men's 74 kilograms freestyle category with Chamizo winning 5-3.

There were two bronze medal bouts in each of the weight categories decided today and at 74kg they went to Soner Demirtas of Turkey and Avtandil Kentchadze of Georgia.

All the other finals today were in the men's freestyle competition at different weight categories.

At 61 kilograms Russia secured their first gold of the day as Aleksandr Bogomoev beat Beka Lomtadze of Georgia 3-2.

Bronze medals in this category went to Arsen Harutyunyan of Armenia and Nikolai Okhlopkov of Chad.

In the 86 kilograms category Russia took their second gold of the day as Artur Naifonov defeated Myles Nazem Amine of San Marino 4-0, with the bronze medals going to Boris Makoev of Serbia and Rasul Tsikhayeu of Belarus.

The penultimate category of the event was the 92 kilograms category with gold going to Suleyman Karadeniz of Turkey who beat Samuel Scherrer of Switzerland 3-0.

Bronzes in this category went to Aslanbek Alborov of Azerbaijan and Amarhajy Mahamedau of Belarus.

The final category in the Championships was the 125kg with the gold medal going to Geno Petriashvili of Georgia, who emphatically beat Robert Baran of Poland 11-0.

The last bronze medals handed out went to Levan Berianidze of Armenia and Baldan Tsyzhipov of Russia.