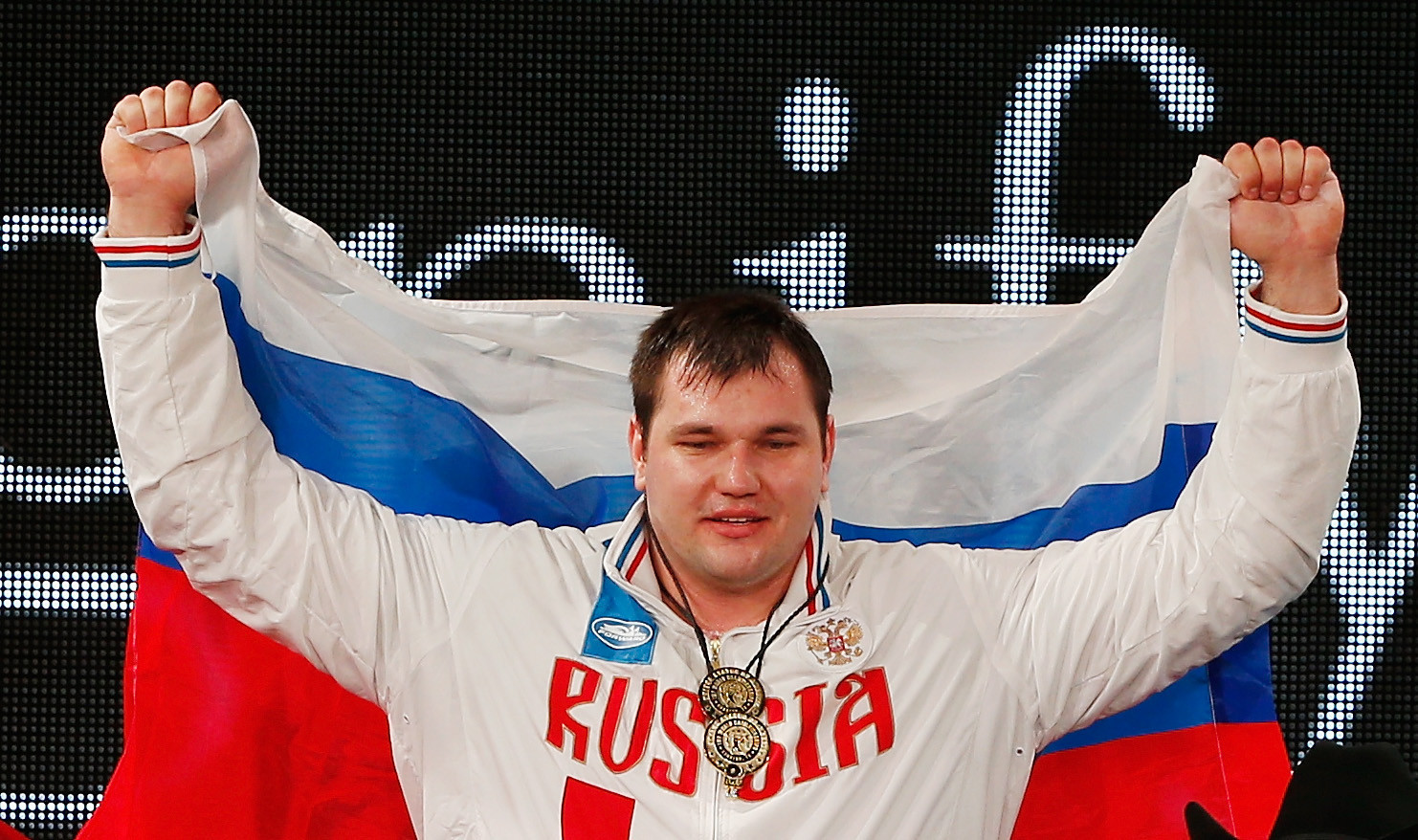 Super-heavyweight weightlifter Aleksei Lovchev had his best result since serving a four-year doping disqualification to earn a place in Russia’s team for the European Championships in Moscow in April.

But Lovchev, who briefly held two world records before his disqualification from the 2015 International Weightlifting Federation (IWF) World Championships, injured himself in the process and may not be able to take his place.

Lovchev won the super-heavyweight contest at the Russian Cup in St Petersburg, from which Russia selected its extended men’s and women’s squads for the European Championships.

But he injured his elbow on his second clean and jerk and, despite finishing with 401 kilograms for a clear victory, he needs the all-clear from doctors before continuing towards a first international appearance since his suspension.

Artem Okulov, the 2018 world champion at 89kg who could not take part in Olympic qualifying because of a serious knee injury, is another Russian whose European Championships hopes depend on his fitness.

“He was at the training camp before the Russian Cup, but he was too early to compete in St Petersburg.

“But, taking into account his diligence and pace of recovery, I think that Artem will lift at the European Championships.

“Lovchev guaranteed himself the right to lift at the European Championships, but it will all depend on how serious his elbow injury is.

“But knowing that Lovchev was in good shape, I already included him at a training camp in Sochi, which will begin very soon.”

Lovchev was the last man to finish ahead of super-heavyweight world record holder and multiple champion Lasha Talakhadze, though he tested positive after doing so in Houston and was banned for four years.

He briefly held the world records in clean and jerk - 264kg - and total - 475kg - but lost them with his disqualification, which expired seven weeks ago.

Lovchev had continued to train, and halfway through his suspension he set a quirky record when he lifted a 210kg railway axel above his head.

His disqualification was for taking Ipamorelin, a growth-hormone-releasing peptide that appears only once on the IWF sanctions list, alongside Lovchev’s name.

He failed with an appeal to the Court of Arbitration for Sport, which dismissed his case in July 2016.

Lovchev’s team-mate Aleksei Kosov, a 94kg lifter who was also banned for four years after testing positive in Houston, retired and later returned to action.

Because a disqualification does not apply during a period of retirement, when an athlete is out of the testing pool, Kosov’s suspension was extended by the IWF to 2022.

There were 26 doping disqualifications at the 2015 IWF World Championships, the highest in the sport’s history.

Russia had dozens of doping positives in the years leading up to those Championships but has had only one athlete suspended since Maxim Agapitov took over as president of the Russian Weightlifting Federation in 2016.

Russia, which can send only one male and one female to the Tokyo 2020 Olympic Games because of its past doping record, plans to field the maximum 10 men and 10 women at the European Championships.

Competition in Moscow is scheduled to begin on April 4 and will run until April 12.

There are 14 men at the training camp in Sochi, from which the final 10 will be selected.

Three women have already been named for the European Championships; the 2019 continental champions at 71kg - Anastasia Romanova - and super-heavyweight - Tatiana Kashirina - plus 59kg Olga Te.

Another nine women were named, some from their St Petersburg performances and others from international results, and will be reduced to seven in late March.