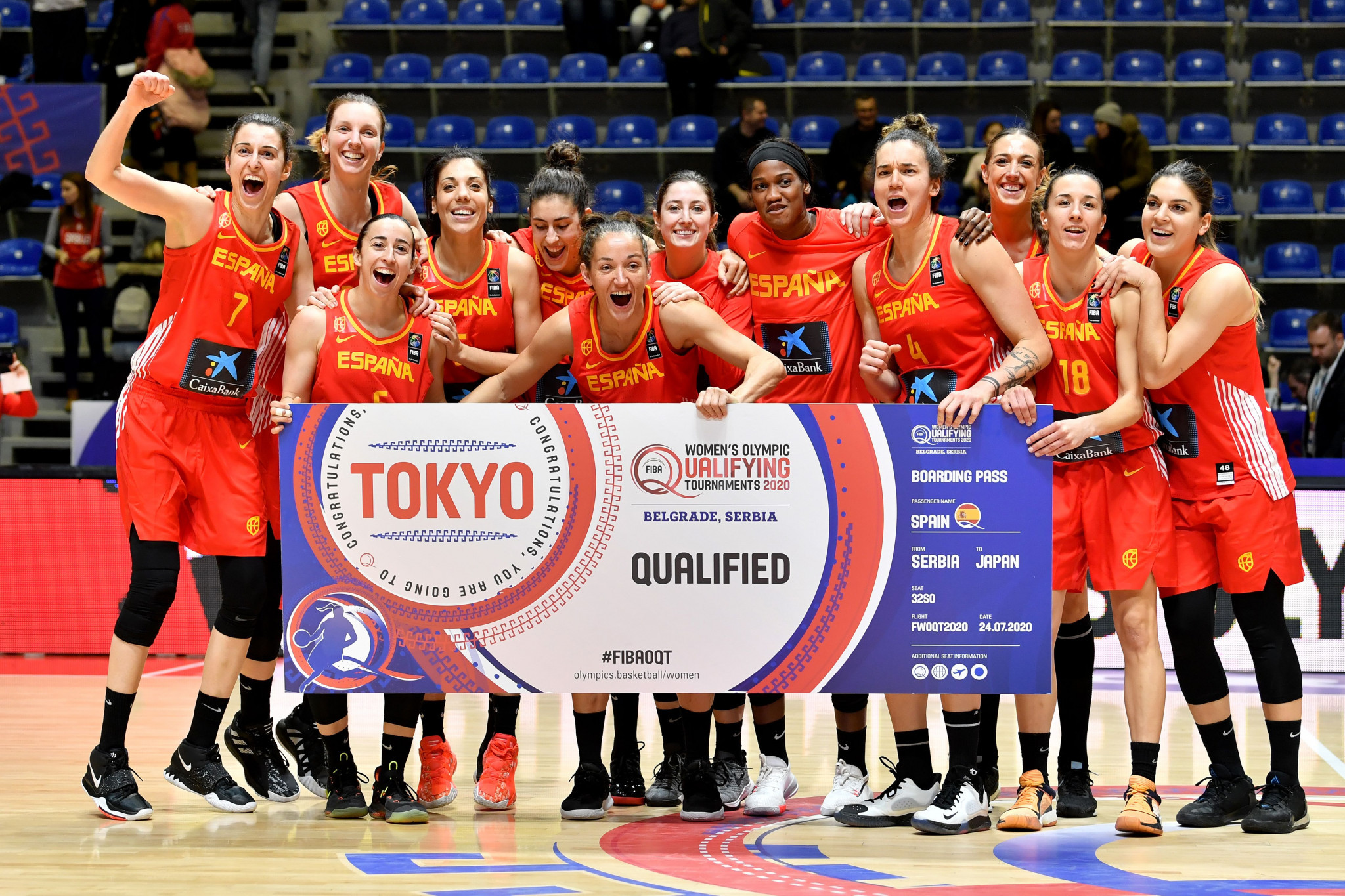 EuroBasket champions Spain booked their place in the Tokyo 2020 women’s basketball tournament by overcoming Britain in the final match of the relocated qualification event in Belgrade.

The event, moved from Foshun in China to Belgrade in Serbia, due to the coronavirus outbreak, was one of four qualifiers to conclude today.

The six final places in the women’s basketball tournament at Tokyo 2020 were on offer across the groups.

Britain needed to beat Spain to progress to the Olympics following consecutive defeats to China and South Korea, but they trailed 40-30 at the halfway point of the contest.

Spain maintained their advantage in the final two quarters to win the match 79-69 at the Aleksandar Nikolić Hall.

Belgrade has proved a happy hunting ground for the Spanish team, who were crowned EuroBasket champions in the Serbian capital city last year.

Spain’s success saw them finish second in the group standings behind China, while it also confirmed South Korea’s place at Tokyo 2020.

South Korea suffered a 100-60 defeat to China in their final group game, but their sole win against Britain was enough to take the crucial final qualification spot.

Hosts Serbia earned their place at Tokyo 2020 by beating Mozambique 76-48 in the second qualification event in Belgrade.

The result meant Serbia joined Nigeria in qualifying from the group.

Nigeria finished the group with a match against the United States, who had already qualified for the Olympic Games as World Cup winners.

Belgium secured the final Tokyo 2020 spot on offer at their home qualification event in Ostend, as they ended Swedish hopes.

Sweden had led the match 23-21 after the first half of the contest, but Belgium took control in the third period.

A 61-53 victory at the Sea'Arena saw the Belgians advance to the Olympics.

Canada topped the group after edging Japan 70-68, with both nations having already secured their places at the Olympic Games ahead of their match.

The final qualification event at Bourges in France saw Australia and Puerto Rico join the hosts in earning spots at Tokyo 2020.

Australia earned an 86-72 win over Brazil to advance.

The result also confirmed Puerto Rico’s spot, with Brazil having lost all three of their matches.

France topped the group standings by beating Puerto Rico in a dead rubber.