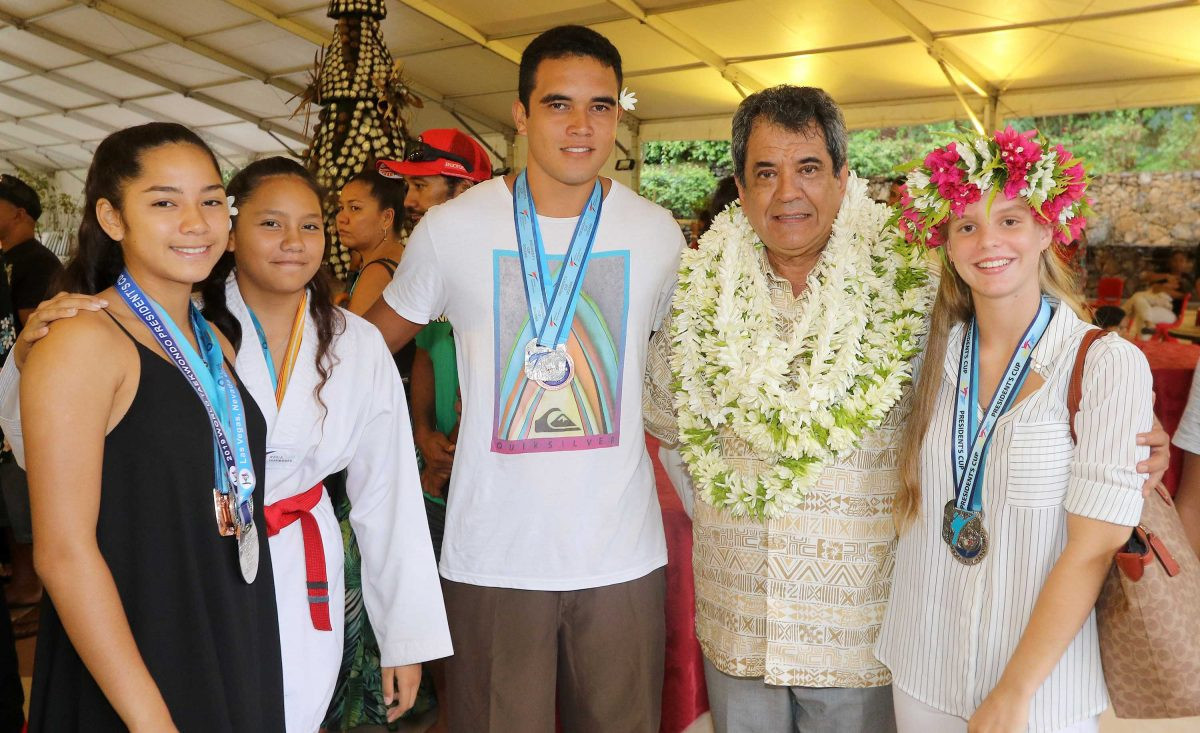 The event at the Presidency in Tahiti celebrated the fighters who competed around the world last year.

Fritch paid tribute to Anne Caroline Graffe, who was born in Tahiti and won Olympic silver in the women's heavyweight division at London 2012 when representing France.

She also won World Championship gold in 2011 and the European title in 2012.

French Polynesia is an overseas collectivity of France, comprising more than 100 islands in the South Pacific, stretching for more than 2,000 kilometres.

"I have noticed for some time that Polynesians are gifted in combat sports and in particular in taekwondo," said Fritch.

"Anne Caroline Graffe has made it possible to reveal and unleash the talents of many Polynesians for this sport.

"And since then, Polynesians have been collecting medals.

"You know, I am a supporter of all our talents, of all our young people who know how to excel and wear the colours of the country on the international stages."