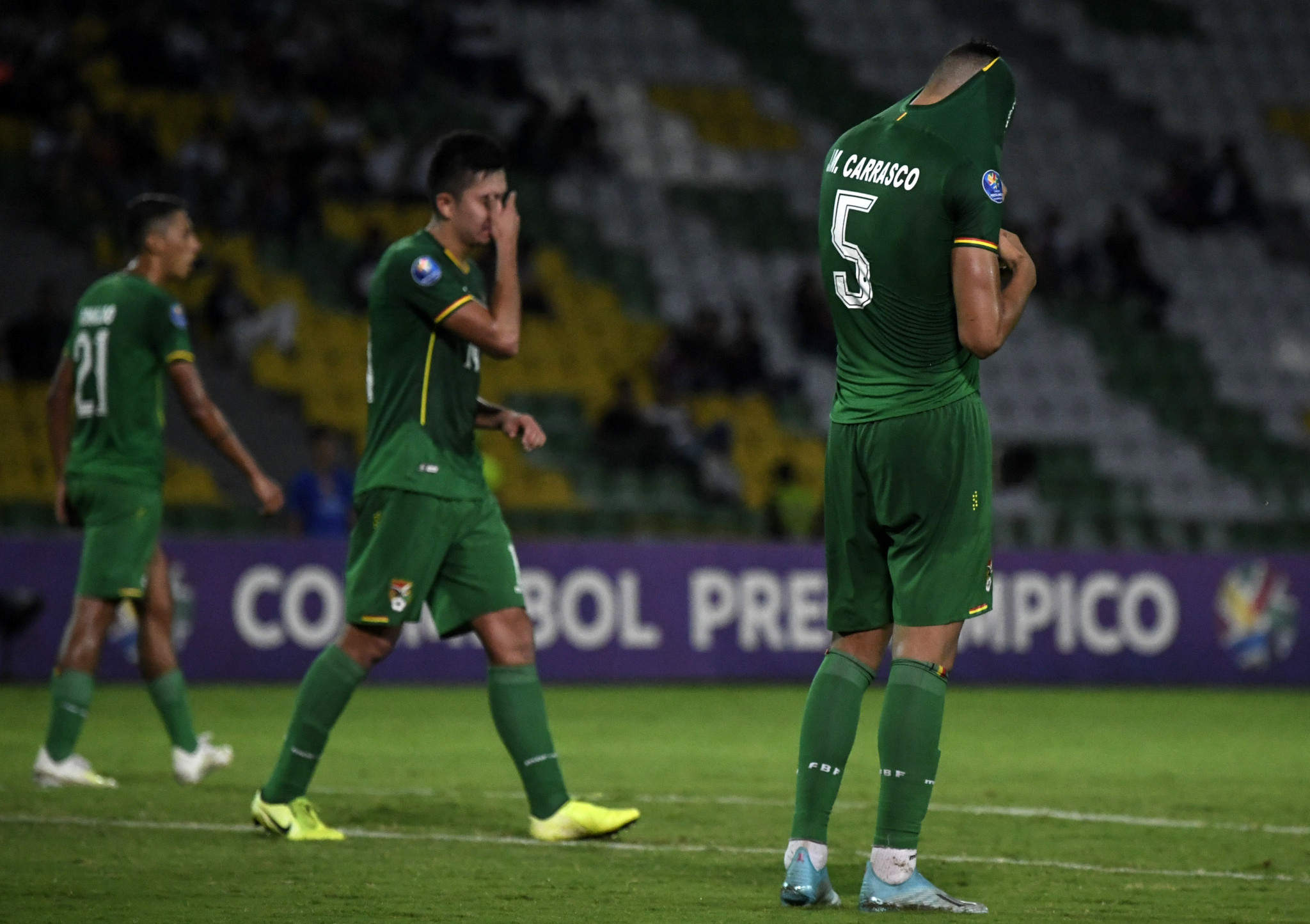 Needing to beat Peru by two goals or more to leapfrog the Uruguayans into second place in Group B, a pair of second-half goals looked to be sending Bolivia through.

However, in the sixth minute of added time, Peru defender José Luján nodded home from a corner and that goal meant Bolivia's goal difference ended up being worse than Uruguay's.

A Peru win by any margin would have taken them above Uruguay.

The group's other match saw Brazil make it a perfect four wins from four as they came from behind to beat Paraguay, who also would have leapfrogged the Uruguayans with a victory by any margin.

Roberto Fernández had headed Paraguay into the lead, only for two goals in the last 15 minutes to eliminate them.

Bayer Leverkusen starlet Paulinho scored the first, gliding past two defenders and then rifling the ball into the roof of the net, before Pepê's clever dummy and close-range finish won it in the 89th minute.

Both games were played at Armenia's Estadio Centenario, with the final group stage also in Colombia but moving to Bucaramanga's Estadio Alfonso López.

Contests will be held on February 3, 6 and 9 as Colombia and Argentina join Brazil and Uruguay in battling it out for CONMEBOL's two places at Tokyo 2020.

Brazil are the current Olympic champions after winning the title for the first time on home soil at Rio 2016, while Argentina and Colombia have won two goal medals apiece.