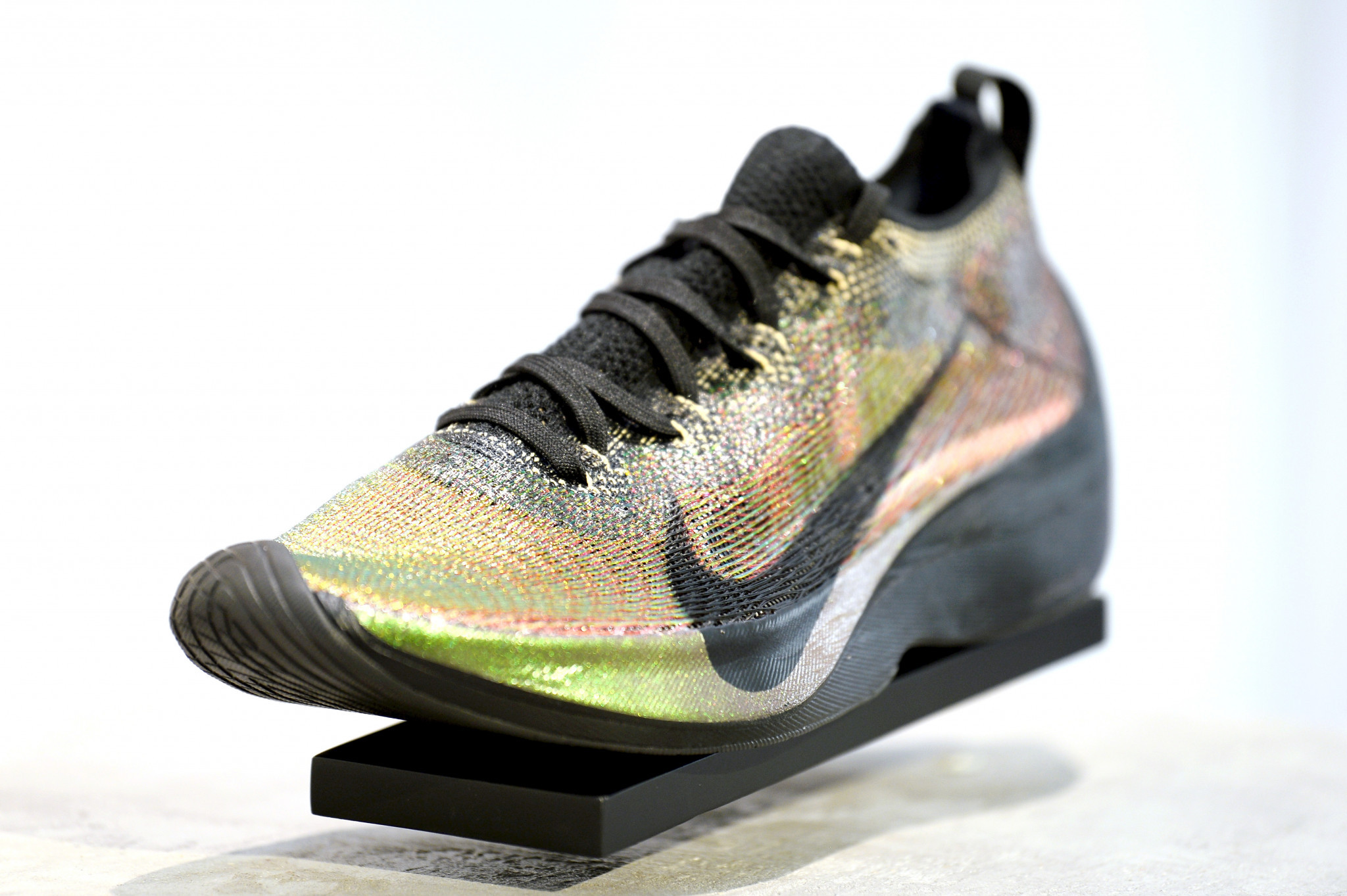 World Athletics has stopped short of a blanket ban on the controversial Nike Vaporfly shoe but has approved a series of rule changes to avoid confusion in the build-up to this year's Olympic Games in Tokyo.

Among the key alterations approved by the World Athletics Council is a regulation which prohibits the use of any shoe that has not been available for purchase by any athlete for a period of four months.

If the shoes have been on offer "on the open retail market" - either online or in store - for that timeframe, they will be free to use in competition, World Athletics said.

The Nike Alphafly - the shoe worn by Eliud Kipchoge when he became the first person to run a marathon in under two hours in Vienna in October - has been banned indefinitely under the new rules.

World Athletics revealed an "indefinite moratorium" would be placed on any shoe which does not meet a series of requirements, including on the size of the sole and only having one "rigid embedded plate or blade (of any material) that runs either the full length or only part of the length of the shoe".

An expert review group appointed to review competition shoes concluded "new technology in the soles of road and spiked shoes may provide a performance advantage and there is sufficient evidence to raise concerns that the integrity of the sport might be threatened by recent developments in shoe technology".

"If a shoe is not openly available to all then it will be deemed a prototype and use of it in competition will not be permitted," World Athletics said in a statement.

"Subject to compliance with the rules, any shoe that is available to all, but is customised for aesthetic reasons, or for medical reasons to suit the characteristics of a particular athlete’s foot, will be allowed."

Referees at global athletics competitions will be able to order an athlete to immediately submit their shoes for an examination if they suspect does not comply with the rules.

A new working group, comprising biomechanics specialists and other qualified experts, will be established to conduct further research into new technology which is being incorporated into competition shoes and trainers.

It follows concerns over the advantage given to athletes who wear certain shoes, including Kipchoge, who ran 1 hour 59min 40.2sec in the INEOS 1:59 challenge in the Austrian capital.

The Kenyan star's time does not count as a world record, however, as there were no other racers, Kipchoge was being regularly handed drinks, and he was surrounded at all times by pacers, interchanging every three kilometres, in a formation best calculated to shield him from any wind.

The same model was also worn by Kipchoge's countrywoman Brigid Kosgei when the next day in Chicago when she broke Paula Radcliffe's 16-year-old women's world record, slicing more than a minute off it to set new figures of 2:14:04.

"It is not our job to regulate the entire sports shoe market but it is our duty to preserve the integrity of elite competition by ensuring that the shoes worn by elite athletes in competition do not offer any unfair assistance or advantage," World Athletics President Sebastian Coe said.

"As we enter the Olympic year, we don’t believe we can rule out shoes that have been generally available for a considerable period of time, but we can draw a line by prohibiting the use of shoes that go further than what is currently on the market while we investigate further.

"I believe these new rules strike the right balance by offering certainty to athletes and manufacturers as they prepare for the Tokyo 2020 Olympic Games, while addressing the concerns that have been raised about shoe technology.

"If further evidence becomes available that indicates we need to tighten up these rules, we reserve the right to do that to protect our sport."