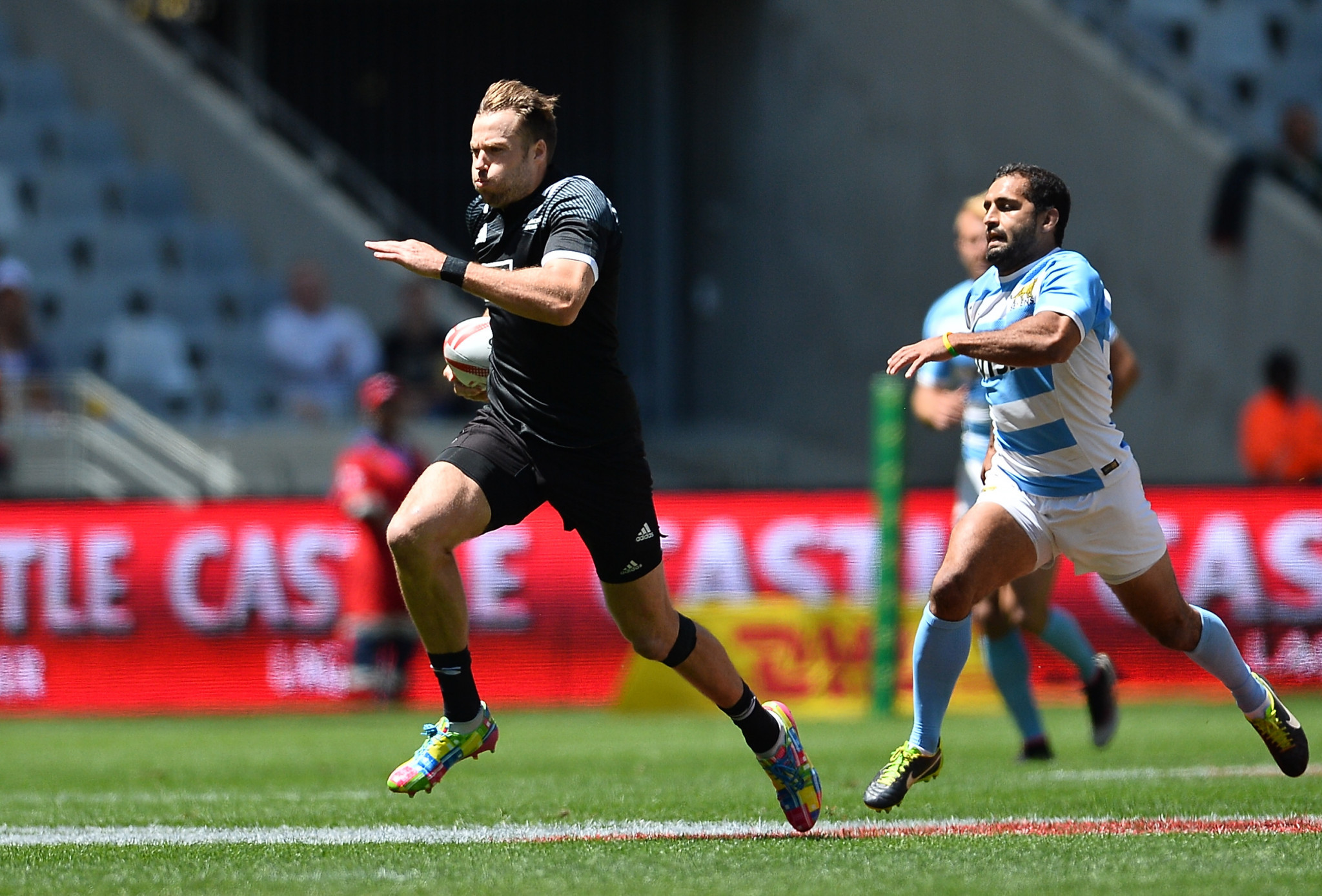 New Zealand will be seeking a hat-trick of titles at the fourth tournament of the men's HSBC World Rugby Sevens Series in Sydney this weekend.

The All Blacks are on a fantastic run, having won the last two events in Cape Town, South Africa, and their home leg in Hamilton last weekend - topping the standings on 63 points.

Head coach Clark Laidlaw has made two changes, with the 13th man in Hamilton, Salesi Rayasi, being called into the 12-man squad and Caleb Clarke also coming in, with Joe Webber missing.

Co-captain Tim Mikkelson will equal DJ Forbes as the most capped All Blacks sevens player, in his 89th tournament.

He will also become the joint-second-most capped player in World Series history, alongside Dan Norton.

Pool A pits them against Kenya, Wales and Fiji.

"New Zealand versus Fiji is always a different battle on the sevens pitch," Mikkelson said.

"The boys always look forward to playing against Fiji.

"Obviously they haven’t had great results this year, but no doubt whenever they play the black jersey, they get up for it."

Australia will be hoping Parramatta's Bankwest Stadium gives them inspiration, as the venue hosts the event for the first time.

It's been a frustrating campaign so far, with them still to make a final.

However, they pushed New Zealand all the way in the Hamilton semi-final, losing 17-14, before beating England 33-21 for third place.

Ben O'Donnell will miss out in Sydney due to a knee injury, with speedster Trae "Quadzilla" Williams and Lachie Miller coming in.

Head coach Tim Walsh is excited about the possible impact of Williams, who won 100 metres bronze at the 2014 Nanjing Youth Olympics and was national champion in 2018, clocking a personal best of 10.10sec.

"To have the fastest player in world rugby there, ready to ignite the engine is pretty special," Walsh said.

Australia are in Pool C with United States, Scotland and Japan.

Pool B features Hamilton runners-up France and South Africa (currently joint second in the standings on 48), Argentina and Samoa.

In Pool D, England should progress, up against Canada, Spain and Ireland - the English currently sit 24 points behind the leaders New Zealand, in fourth position.