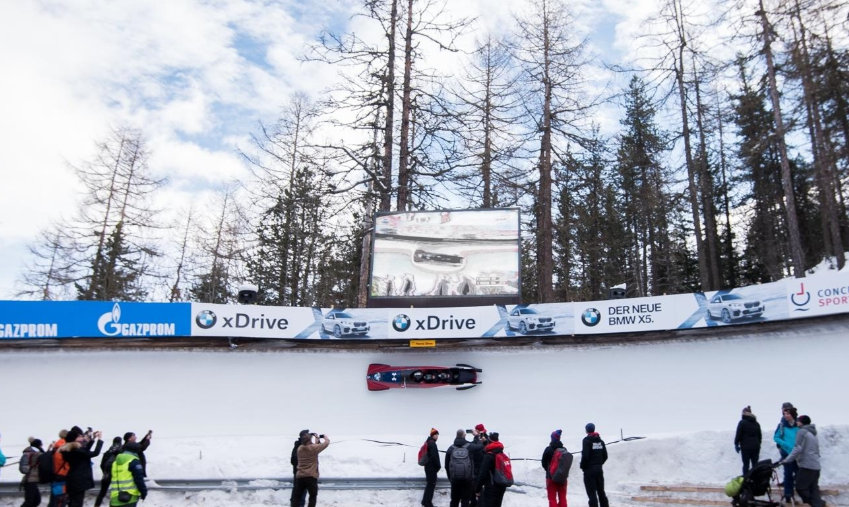 The overall winner of the four-man bob is set to be decided at the International Bobsleigh and Skeleton Federation (IBSF) in St Moritz, which starts tomorrow.

All eyes will be on the conclusion of the four-man bob event on Sunday (February 2), with defending World Cup title holder Francesco Friedrich of Germany holding a 53-point lead over compatriot Johannes Lochner.

All Friedrich requires is a sixth-place finish.

In the two-man bob, Friedrich has already won the title, as he sits 228 points clear of Canada's Justin Kripps on top of the standings.

However, the pressure will be on Lochner, who needs to finish on the podium to qualify for the World Championships two-man bobs competition - he is vying for the spot with Richard Oelsner.

The two-woman bob is much more competitive, with seven different countries represented in the top 10 and no more than 48 points separating the top-two athletes, Kaillie Humphries of the United States on 1,259 and Germany's Stephanie Schneider 1,211.

Defending men's skeleton title holder Alexander Tretiakov of Russia is just holding on to top spot with 1,243 points, only 28 ahead of Martins Dukurs of Latvia.

Olympic champion Sungbin Yun of South Korea is also in the hunt with 1,189 points.

It's a similar pattern in the women's skeleton, with Jacqueline Lölling of Germany on top with 1,262 points, but Janine Flock of Austria just 48 points behind, and the world champion from Germany, Tina Hermann, a further 20 points back.

Defending title holder Elena Nikitina of Russia may be outside the top three on 1,186 points, but still has hopes of making the overall podium.

Tomorrow is due to see the men's and women's skeleton, with the two-man and two-woman bobs competitions on Saturday (February 1).