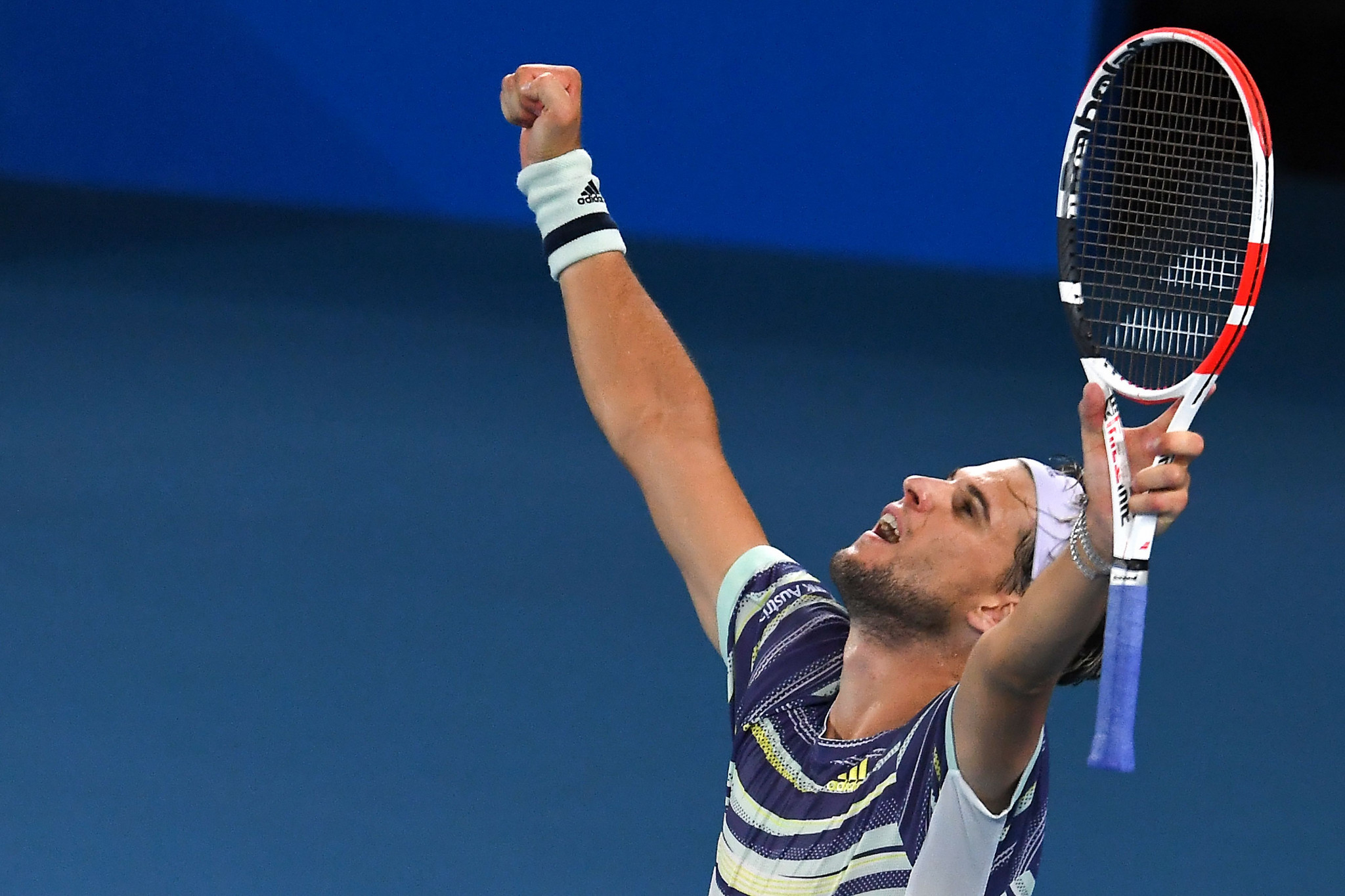 World number one Rafael Nadal was dumped out by Dominic Thiem in a thrilling men's quarter-final at the Australian Open.

Thiem impressively built a two-set lead before top seed Nadal battled back to clinch the third.

In the fourth, Thiem forced an early break and served for the match at 5-4, only to allow the Spaniard back into the contest.

He regained composure to win the third tiebreak, however, and can now look forward to a semi-final with Germany's Alexander Zverev.

Thiem has twice reached the French Open final but is still searching for a maiden Grand Slam success.

The 26-year-old is seen as one of the big hopes to break the monopoly in the men's game held by the power trio of Nadal, Roger Federer and Novak Djokovic.

Nadal, who won the Australian Open in 2019, was hoping to match Swiss legend Federer's 20 Grand Slam titles but he will leave Melbourne still one adrift.

"All the match was on a very good level, we both were in great form, that's what can happen with two players in that form," said Thiem.

"I felt I was lucky in the right situations.

"It's necessary as he's one of the greatest of all time, one of the biggest legends in this sport, so you need a little luck to beat him."

In the women's draw, Romania's Wimbledon champion Simona Halep booked her place in the semi-finals by easing past Estonia's Anett Kontaveit.

"It's a pleasure to play in Australia and I'm really happy to play my best tennis and go through to the semi-finals," said Halep.

"I felt great today on court, I feel my game, I feel strong on my legs and I knew how to play against her.

"I've just been focused on every game I played, and I really enjoy playing here in Melbourne."

Halep will take on two-time Grand Slam winner Garbiñe Muguruza in the semi-finals after her victory over Russia's 30th seed Anastasia Pavlyuchenkova.

Both women's semi-finals are tomorrow.

Barty is hoping to become the first home winner of a singles title in Melbourne for 42 years.