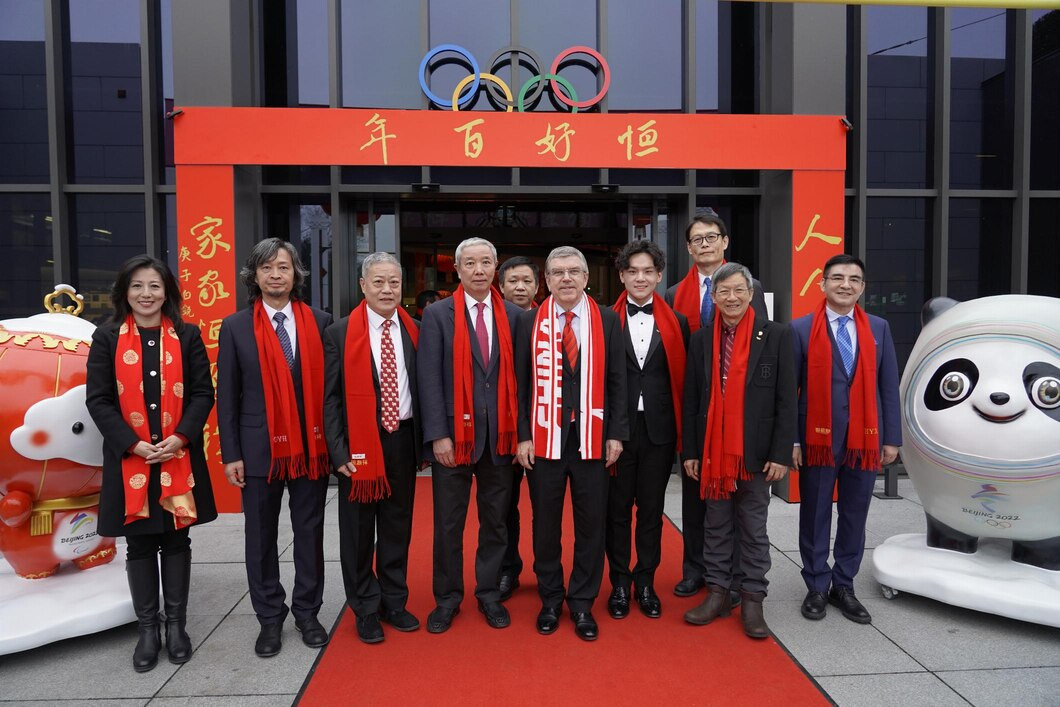 An art exhibition of paintings produced for the Beijing 2022 Winter Olympics has opened in Lausanne.

International Olympic Committee (IOC) President Thomas Bach was among those to attend at the Olympic Museum in the Swiss city.

The exhibition is called "China Red" and is by artist He Jialin.

Bach was joined in the Olympic capital by Chinese IOC member Zaiqing Yu, who is a vice president.

Models of the Beijing 2022 mascots, Bing Dwen Dwen and Shuey Rhon Rhon, were also brought to the Museum.

The event coincided with celebrations to mark the Chinese Lunar New Year.

He's work is said to represent "peace and harmony"

"I wish all the Chinese people a Happy New Year, with health, with happiness, with good fortune, and with prosperity," said Bach, according to Xinhua.

"May the friendship between the Olympic Movement and China live and be strengthened in this year.

"The link between art, sport and the Olympic Movement is one of the philosophies of the IOC founder Pierre de Coubertin who was very much promoting the blending of culture and sports.

"The paintings represent the peace and harmony between human kind and nature, which are also priorities of sports.

"Beijing will be the first city in Olympic history to organise both the Winter Games and Summer Games.

"We're looking forward to strengthening the cooperation with China this year.

"Beijing 2022's preparation work is going very well and we can already look forward to the excellent Winter Olympic Games from now on."

Both were unveiled to the public in September.