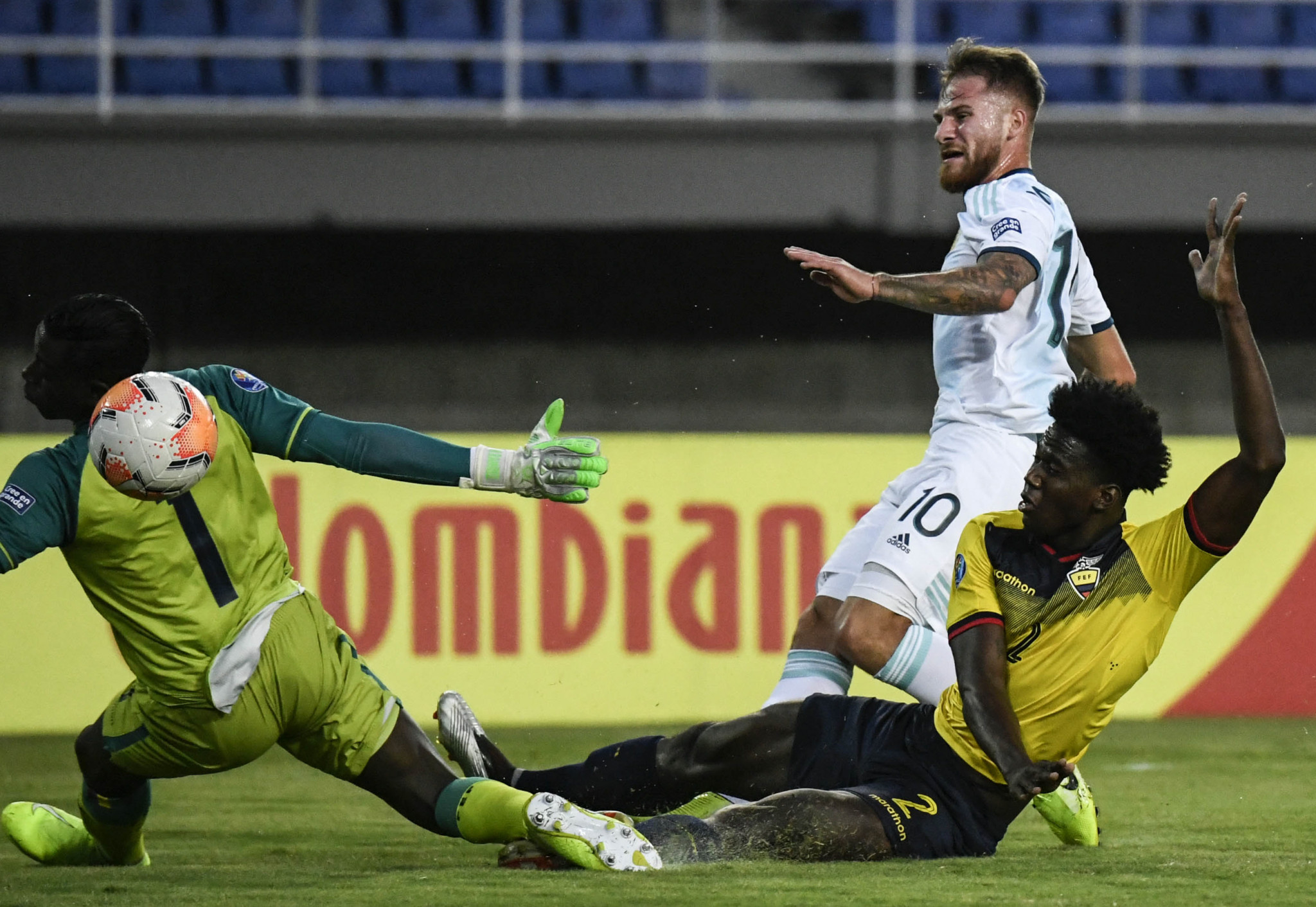 Argentina booked their place in the next round of the South American Football Confederation Pre-Olympic Tournament in Colombia.

The Athens 2004 and Beijing 2008 gold medallists saw off Ecuador 1-0 as the race to qualify for the men's tournament at Tokyo 2020 continued.

Alexis Mac Allister scored the only goal of the game after 12 minutes at the Estadio Hernán Ramírez Villegas in Pereira, lifting the ball over onrushing keeper Wellington Ramirez and into the net.

It was the second goal of the tournament for the Brighton & Hove Albion midfielder, who has Scottish heritage and is currently on loan at Boca Juniors.

Argentina have now won all three of their Group A games and cannot be dislodged from the top two, who qualify for the next round.

In the other Group A match, hosts Colombia came from behind to beat Venezuela 2-1 and keep their hopes of progression in their own hands.

The home side fell behind in added time at the end of the first half after Jan Carlos Hurtado superbly chested down Cristhian Rivas' lofted pass before smashing home from close range.

Venezuela switched off from the kick-off, however, and Colombia immediately equalised through Jorge Carrascal who tapped Nicolas Benedetti's cross into the empty net.

Colombia have now moved level with Chile on six points, but are currently second on goal difference.

The two sides will meet in the final round of group fixtures on Thursday (January 30) to see who goes through alongside Argentina.

Both Venezuela and Ecuador have been eliminated.

Argentina will end their group phase against Venezuela and bid for a 100 per cent record.

Reigning Olympic champions Brazil will look for a third win against Bolivia, which would take them through.

Uruguay will take on Peru with every other side in the group on three points.

The four teams which advance to the next round will contest a second group phase, with the top two earning a Tokyo 2020 place.