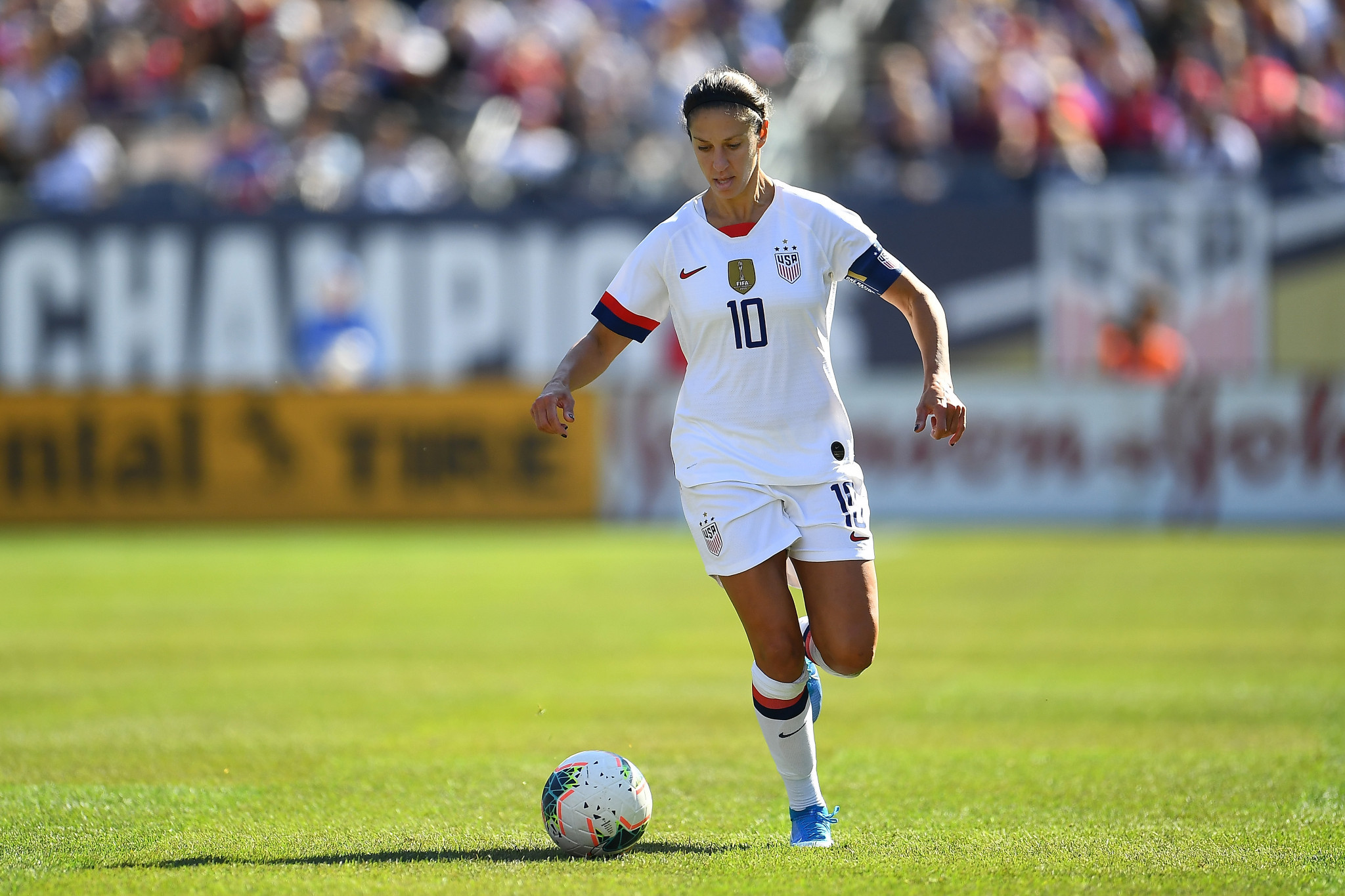 This summer, the US will be aiming to become the first team to win the World Cup and Olympics in consecutive years, but must first secure a place at the Games.

They are set to compete alongside seven other teams in the Olympic Qualifying Championship final tournament, taking place in three American cities from tomorrow until February 9.

The four-times world champions have triumphed in all four editions of the tournament, going on to claim Olympic gold at Athens 2004, Beijing 2008 and London 2012.

The US are set to open their Group A account against Haiti at BBVA Stadium in Houston tomorrow, with that clash preceded by Costa Rica's game against Panama.

Most of the World Cup winning squad from last year's tournament in France will feature, including Golden Boot and Ball winner Megan Rapinoe.

They are due to begin their Group B campaign on Wednesday (January 29) against Saint Kitts and Nevis at H-E-B Park in Edinburg, followed by Mexico taking on Jamaica.

She captained her country to the bronze medal at both London 2012 and Rio 2016.

Mexico are the only other team to have appeared at an Olympics, qualifying for Athens 2004.

Group action is scheduled to continue until February 4, before the semi-finals are held at Dignity Health Sports Park in Carson.

The final is due to take place at the same venue on February 9.